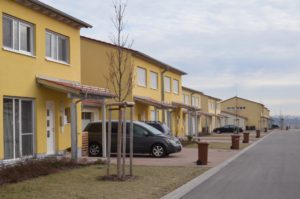 WASHINGTON — After eight months of efforts and initiatives across the Army to improve housing conditions, residents of U.S. Army family housing will have another chance to rate the quality of housing and housing services in 2019 as the Army prepares to launch two more surveys — one on Army-owned and -leased housing, and one on privatized housing.

The surveys will be emailed Nov. 7 for Army-managed housing, and on  for privatized housing. CEL & Associates Inc., an independent third-party organization, will administer the survey for the Army. The email will be from ArmyHousingSurvey@celassociates.com. Earlier this year, CEL & Associates emailed housing surveys to nearly 100,000 residents.

The purpose of the surveys, both of which will be open through Dec. 13, is to receive firsthand accounts of what Soldiers and their families find important in Army housing and to gauge satisfaction with property-management services.

The housing surveys will be used to find areas that are top priorities to residents, to identify which areas are successful or need improvement, and to determine where funding could have the most effect, according to Lt. Gen. Jason Evans, Army DCS G-9.

“The Army will improve homes, communities, and customer service — from Army housing staff and the private housing management companies — through the candid feedback we receive from our Soldiers and their families,” Evans said.

Army housing officials hope for a high participation rate, which will provide a more accurate depiction of resident satisfaction and of changes that have been implemented over the past eight months.

All surveys are confidential and the reporting structure ensures that the Army will not see responses unless CEL is satisfied that participants’ anonymity is retained.

Residents who have not received an email with the survey link by Nov. 18 should contact their local housing offices.

HELPFUL INFORMATION BROUGHT TO YOU BY ADVANTIPRO:

Military in Germany
Your guide for events, travel tips, videos, and information for living in Germany. Check out the event calendar!

From Military in Germany