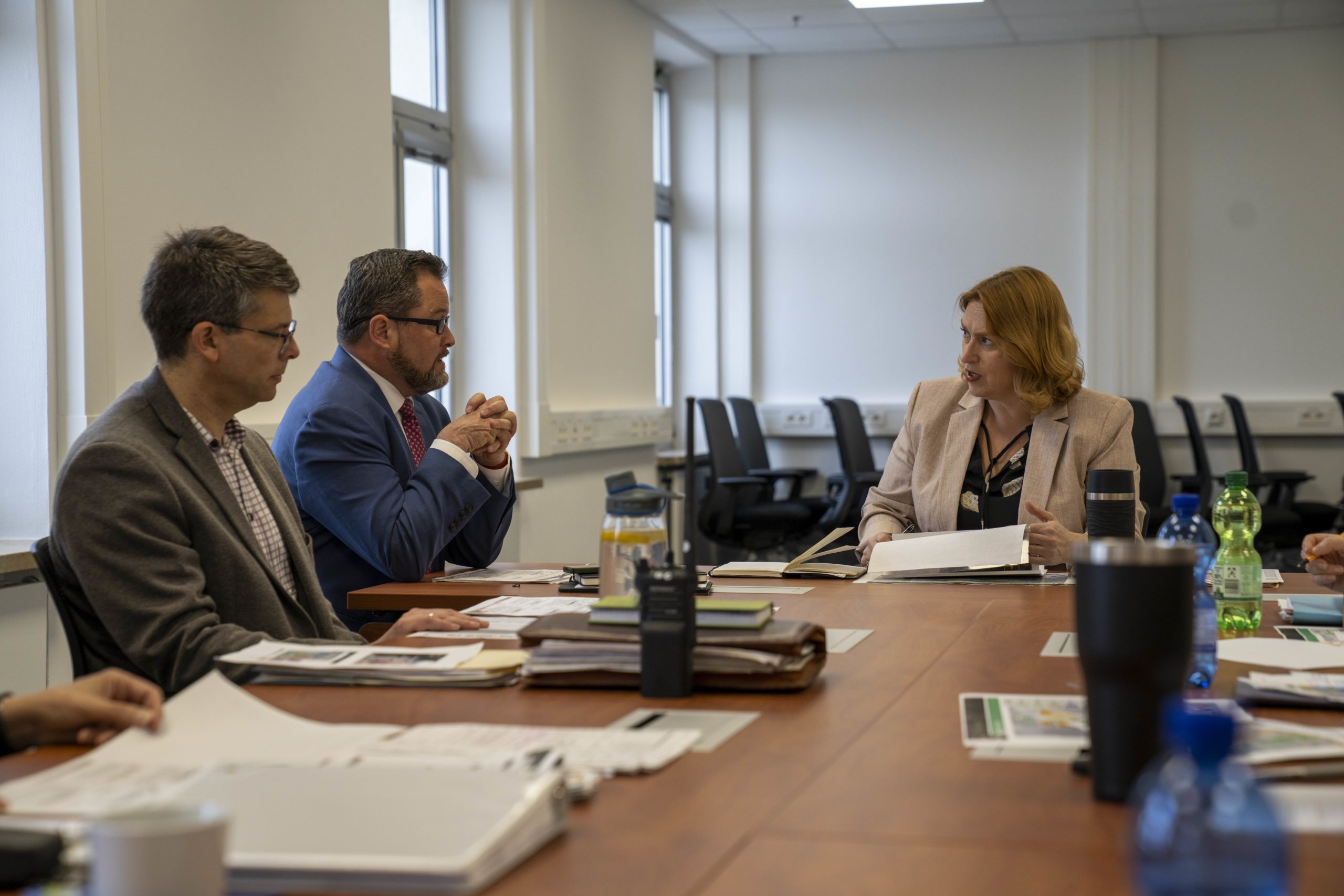 Director of Resources Integration for the Deputy Chief of Staff, G-9, Headquarters, Department of the Army, Sally Pfenning (right) meets with Sean Lehane, USAG Ansbach deputy to the garrison commander, (center), and other leadership at the garrison headquarters during a visit.

Sally Pfenning visited the garrison to hold discussions and gain an understanding of installation resources and allocation of funding associated with anticipated growth and capacity of garrison Ansbach in support of Army-directed missions.

According to Chief Plans, Analysis and Integration Office, Ramona Taylor, these visits are important so that USAG Ansbach’s voice is heard with respect to directed mission requirements. 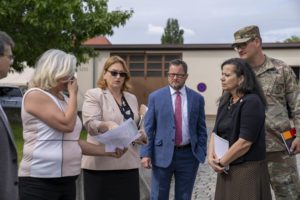 Pfenning was given a briefing and tour of the entire Ansbach footprint where she was shown buildings and facilities at Katterbach, Illesheim, and Barton Barracks related to Army-directed growth.

The garrison currently houses approximately 4,000 assigned and rotational soldiers with an additional 1,000 military family members including spouses and children and is postured for future growth.

USAG Ansbach is one of several installations in Germany that have seen recent growth, with V Corps being the latest addition to Ansbach albeit on a temporary stay.

In an attempt to more adequately support the newer missions, USAG Ansbach is undergoing major infrastructure improvements across its entire footprint.

“We are funding and currently working on improving the railheads on Ansbach which includes both the Katterbach railhead that was completed last year and more recently at Storck which is currently being improved,” said Maj. Mark Bulinski, operations officer, Directorate of Public Works. “That’s on top of $18 million dollars of funding recently received for infrastructure design and repairs.”

Pfenning’s visit demonstrates the dedication that higher-level leadership at the Pentagon has in promoting a higher state of operational readiness across garrisons. 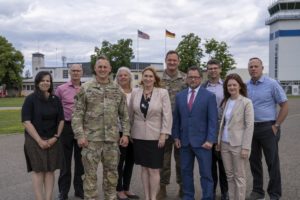 “It’s a great opportunity for her to relay to us the vision of senior leadership within the pentagon in helping us understand the processes and how those priorities are defined,” said Lehane. “They are fostering a greater sense of urgency with regard to maintaining mission readiness,”

According to the U.S. European Command and the Deputy Secretary of Defense in a combined statement in May, the U.S. now has over 100,000 troops in Europe since early March. With this influx of new arrivals, garrison Ansbach has to be able to continue the Army mission with support and resources to ensure mission readiness.