Issues discussed during the visit ranged from topics of mutual interest to interoperability with NATO, and where the German Ministry of Defense can help, if required. U.S. Army Europe wishes to establish a close relationship with important influencers in the Ministry of Defense and in German Parliament. 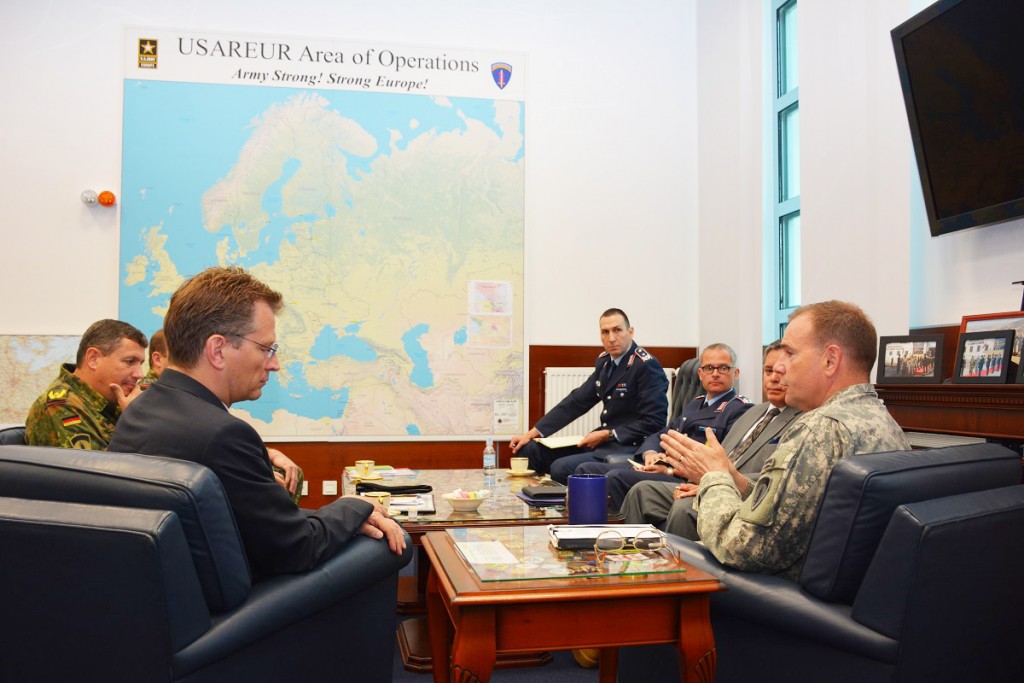