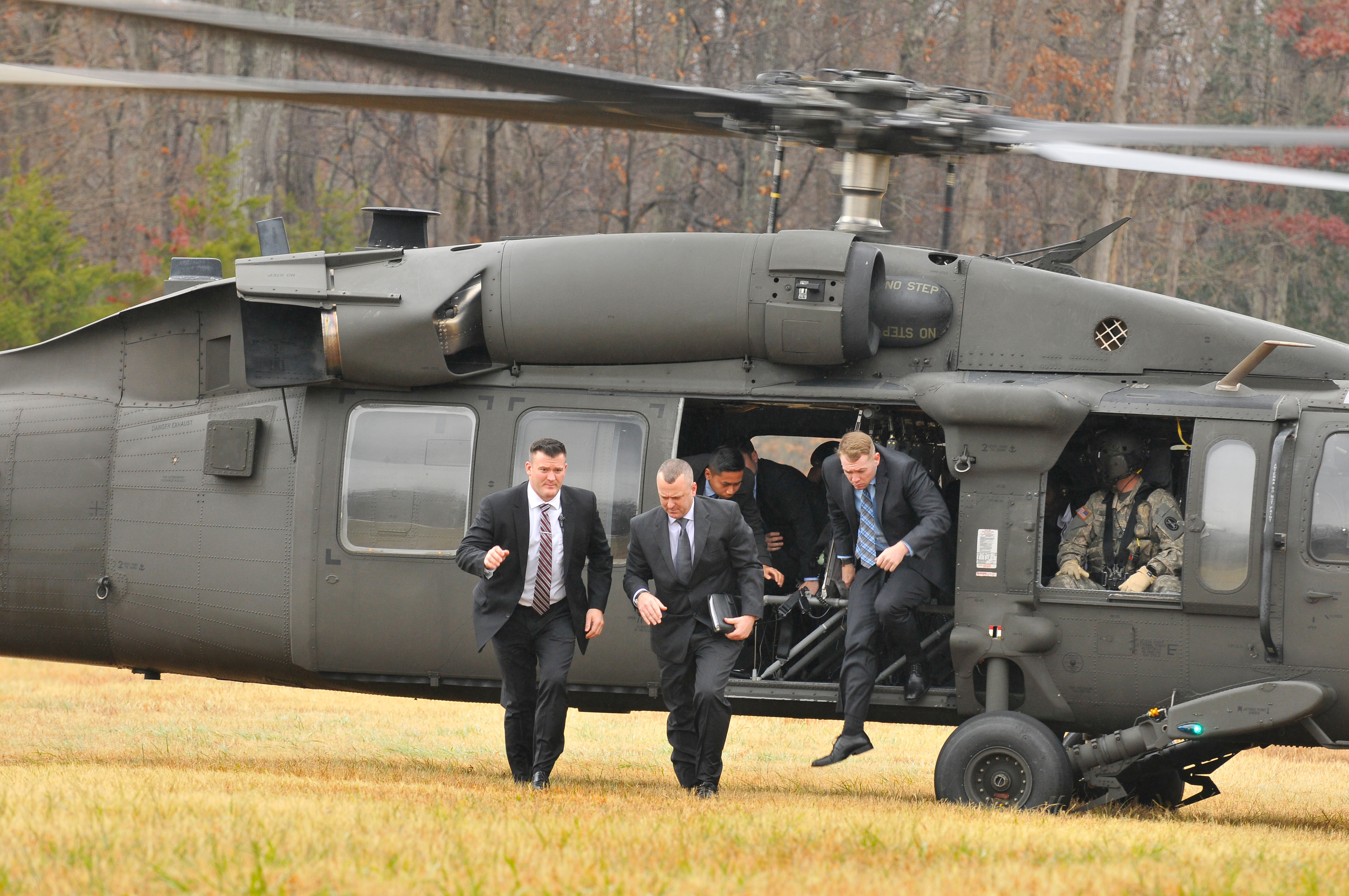 QUANTICO, Va. (March 16, 2017) – On the heels of 15 officers recently resigning their commission to transition into the warrant officer ranks as an U.S. Army Criminal Investigation Command (CID) special agent, the Army has extended the application deadline to May 15, 2017 for the next round of motivated applicants willing to pursue careers as federal agents while conducting felony-level investigations and protective service operations.

Military Personnel Message 17-096, Officer Application Requirements for Appointment to CID Warrant Officer, that is seeking first lieutenants and captains from all military occupational specialties, who are interested in becoming CID Special Agents, was extended to provide the command with a solid pool of potential agents and an opportunity for interested candidates to apply for the next class, officials said.

According to senior CID leadership, the Commissioned Officer to Warrant Officer Program is Army-wide. It’s a unique model because company grade officers have a great deal of leadership training early in their career versus a great depth of technical training and our warrant officers have an extensive amount of technical proficiency. This blend between the commissioned and warrant officers is viewed as synergistic because those junior agents can share lessons of both leadership and technical work with the newly transitioned officers.

In the past, this particular recruiting program had only seen transitions on a case-by-case basis, but recently and for the first time, CID officials saw a group of officers make that career shift to warrant officer during a transition ceremony on Feb. 22.

Andrew Sherbo, who was originally commissioned in 2007 and was a captain in the Military Police (MP) Corps before becoming a warrant officer, said he enjoyed every “15-6 investigation” that he was ever assigned. Many folks told him that this was strange, so Sherbo figured investigations must be something he would enjoy and excel at and decided to find a way to make it his primary job. 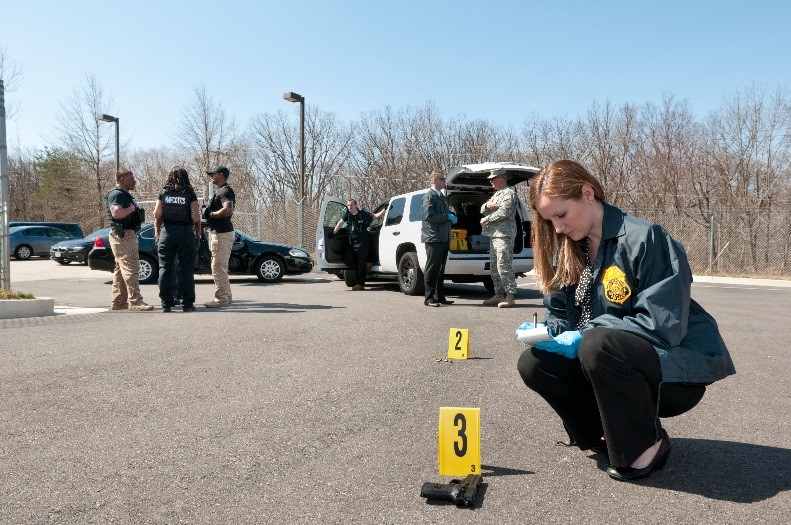 “I like law enforcement and was already trying to find a way into a federal agency (FBI, DEA, etc.), so when I saw this opportunity I jumped at it,” said Sherbo, who recently resigned his commission to join CID.

Sherbo said that his first thoughts of becoming a CID special agent started as a funny story.

“I was at a local sheriff’s office getting my fingerprints taken as part of the application to a different federal agency. I happened to be in uniform, and the deputy taking the prints asked me why I wasn’t trying to join CID,” Sherbo recalled. “I explained that commissioned officers can’t become CID agents, and he showed me an article explaining that CID was about to have an opportunity for guys like me to apply. He let me keep the magazine; I contacted my nearest CID office soon after, and they helped me with the application.”

As an officer, Sherbo has learned a great deal about things like administration, training management, networking, community relations, and cooperation with outside agencies, along with leading Soldiers. Sherbo said that he is most excited about the training opportunities; CID attends some of the best law enforcement training available today.

Another officer who recently transitioned, took charge of his career and was afforded a unique opportunity. Warrant Officer Randy Papadinec has been in the United States Army since 2011 and was commissioned as a MP officer through Officer Candidate School in 2012. He decided on a military law enforcement career after serving as a Tennessee police officer for five years as a patrol officer and field training officer. Desiring to serve not only as a leader but mentor by sharing his law enforcement experiences with fellow MP Soldiers in order to enhance the professional law enforcement fighting force.

Once his packet was approved by CID Headquarters and the Human Resources Command, Papadinec was afforded the opportunity to intern at both the 30th Military Police Detachment (CID) Office in Fort Stewart, Ga., and Hunter Army Airfield CID Field Office. The special agent-in-charge (SAC), Soldiers, and staff of each office provided him valuable insight regarding the day-to-day operations at the detachment level and the continual caseload being worked by agents in the field.

Papadinec understands that future officers considering the transition to CID may not have the opportunities that were afforded to him, but he does believe that the intern time at the field office was very instrumental in acclimating him to CID’s important global mission.

Another captain from the MP Corps who made the transition, Warrant Officer Brittany Bradey said that she wanted to be an investigator ever since she could remember. She is looking forward to investigating felony crimes and gaining the technical knowledge to become a subject matter expert in the field.

“I even remember as a child, telling my mom I wanted to own a bank and be a detective. Law enforcement has always been my primary interest, so the MP Corps was the logical choice with my criminal justice degree,” said the Shelby, N.C., native.

So naturally when the message came out about the CID recruitment of officers, it was not that difficult of a decision for Bradey.

“I took a few days to speak to senior leaders about future opportunities and goals, and then started my packet. It was a scary process knowing that my entire career was about to change if I was selected, but I realized that I’m only 28 years young and this was my chance to go after my dreams,” Bradey said.

“The CID Special Agent Course (CIDSAC) simply took me to that next level of higher, actually specialized training. This is why I have never looked at this process as taking a step down. For me, this is the next step up,” Bradey said. 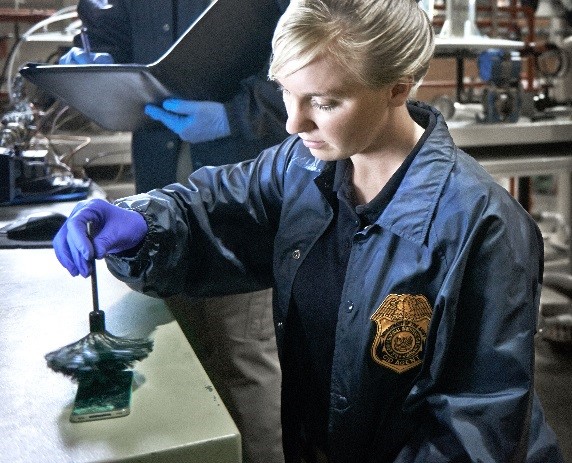 “CIDSAC surpassed every other PCS school I have attended such as Basic Officer Leader Course and the Captains Career Course because it was more technical and specialized,” Bradey said. “Our instructors have been the CID subject matter experts and we were able to learn from their actual experiences and what they have gone through as agents. However, I may be little biased because I just really enjoy law enforcement.”

Bradey offered this one piece of advice to an officer who is debating this career move, “for more reasons than the financial/rank piece, I would say don’t do it. Looking at your finance capabilities is extremely important, however, this is a job you have to want. This is a lifestyle that means more than money, so if you can still financially support yourself as a warrant officer I would say go for it.”

“There will always be crime in the world, and the victims deserve to have a continuous voice on their behalf,” Bradey said.

“I am very grateful to our instructors from the U.S. Army Military Police School’s MP Investigations Division, Bravo Company, 701st MP Battalion, and the personnel at Thurman Hall for diligently working on our transition,” Bradey said. “This was not necessarily a sacrifice for us, as we all understood that the only incentive was that we get to be federal agents and live our dreams; which is worth more than rank. I am very happy that CID is trusting in the officer corps enough to call on personnel to take this chance.”

Chief Warrant Officer 5 Edgar Collins, CID’s command chief warrant officer, said these officers were setting a standard with their decision to resign their commissions to accept new roles within the CID family. He added, “These officers, and the ones that will follow after them, are bringing a wealth of knowledge and experience to the criminal investigation table, when coupling specialty performance differences between the commissioned and warrant officer ranks.”

When Collins attended the CID Special Agent Course transition ceremony at Fort Leonard Wood, he told the officers that they are breaking new ground because the investigative command has never taken in such a sizeable group of Soldiers – when it comes to CID protocols and best practices – straight into the warrant officer ranks.

“You are already bringing with you the leadership traits and skills you learned as an officer, and you will be applying them while you are a warrant officer,” Collins said. “I want you to remember that the CID warrant officer is the protector of the mission, and the mission is felony criminal investigations and protection.”

Agents receive training at the U.S. Army Military Police School and advanced training in a wide range of specialized investigative disciplines. Some specialties include polygraphs, counter-narcotics, economic-crime investigations, computer crime and many other specialties in the criminal investigate field. With more than 120 offices, CID provides the Army with worldwide support.

Investigators also have the opportunity to receive advance law enforcement training at the FBI National Academy, Scotland Yard, the Canadian Police College, and at George Mason University where they can earn a master’s degree in Forensic Science.

“This is a tremendous opportunity for officers from any specialty to become one of the Department of Defense’s premier law enforcement agents and receive some of the best training in the world,” said Chris Grey, the director of Public Affairs for CID. “Although many CID agents have some type of military or civilian police background, it’s not a requirement to qualify and be accepted into this specialized program.” 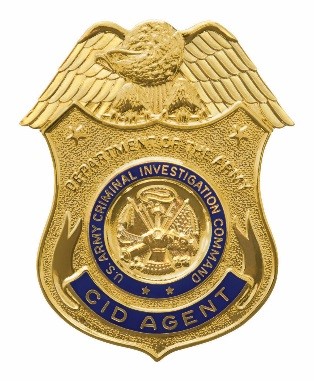 Once the CID application and interview process is complete, applicants must submit their completed warrant officer application no later than May 15, 2017 note that incomplete packets will be rejected.