IMCOM taps leader team to manage base operations at sites in Romania, Bulgaria 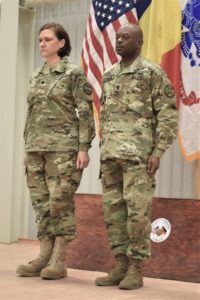 Lt. Col. Tracey E. Smith, left, and Sgt. Maj. Ernest S. Peterson stand together during a ceremony Feb. 15, 2017, at Camp Mihail Kogalniceanu, Romania. The ceremony made official the team’s role of managing base operations for Camp MK in Romania and Novo Selo Training Area in Bulgaria.

Managing base operations, which is at the core of IMCOM’s mission, means integrating and delivering a host of necessary components that make an installation run safely and smoothly and that enable Soldiers and units to operate effectively. These include infrastructure, physical security, electricity, water, waste, the maintenance of facilities, roads and grounds, and the management of Morale, Welfare and Recreation facilities such as fitness centers. Doing so, according to IMCOM’s mission statement, is what enables readiness – which is the Army’s top priority.

Serving as command and control of the IMCOM elements at MK and NSTA is U.S. Army Garrison Ansbach, which has been leading the transition of base operations responsibilities to the growing staffs at both sites for more than a year.

“The decision for Installation Management Command to take on management responsibility for the base operations functions at camps MK and NSTA was for the same primary reason that IMCOM performs those functions at U.S. Army installations around the globe: That is to have a team of trained professionals performing the base operations functions to free up the operational commanders to focus on their core mission sets without having to worry about running the day-to-day base ops,” said Jones.

As the responsibility for base operations shifts to IMCOM, the Black Sea Area Support Team remains the senior mission element at MK and NSTA. The Black Sea AST, an asset of U.S. Army Europe’s 21st Theater Sustainment Command, continues to focus on directly supporting the increasing number troop rotations and training exercises.

The U.S. military’s partnership with Romanian and Bulgarian forces can be traced back to shortly after the fall of the Soviet Union. It wasn’t until after the creation of what was originally called the Eastern European Task Force in 2004 – later known as Task Force East and now the Black Sea Area Support Team – that U.S. Army Europe moved ahead with plans to construct facilities for military personnel and equipment for unit rotations.

The capability to host r

otational troops for their participation in multinational exercises has since expanded. In 2016, USAREUR partnered with IMCOM Directorate Europe in their plans to provide long-term base operations support at MK and NSTA.

Smith and Peterson are now leading that effort on the ground at these enduring installations.

During the ceremony, Smith expressed her excitement and gratitude for the opportunity of transforming MK and NSTA into “fully functioning and capable installations while welcoming all the challenges, failures and successes that accompany their metamorphosis.”

“Our goal is to build a cohesive team capable of providing installations with realistic and challenging training areas, representative of superior customer service while providing suitable quality of life to support and train the rugged professional and NATO partners to achieve and emphasize Army power projection and to deter enemy aggression in the face of the adversary,” said Smith.

Smith thanked a range of stakeholders for their continued significance to one another’s success going forward: the host nation of Romania, NATO, the Black Sea AST, and each successive unit that uses the facilities and training areas of MK and NSTA – “no matter their size or capability.” She also thanked IMCOM, IMCOM-Europe, USAG Ansbach and her own staff of professionals.

Jones expressed his confidence in the knowledge, skills and abilities of both Smith and Peterson.

“You both have my full support and that of my USAG Ansbach staff,” said Jones. “I am happy we have both of you here – two very capable leaders. I’m confident in your ability to get the job done, and I’m looking forward to being there for you when you need us. I am asking all of you to enable their success, just as I know they will work hard to enable yours.” 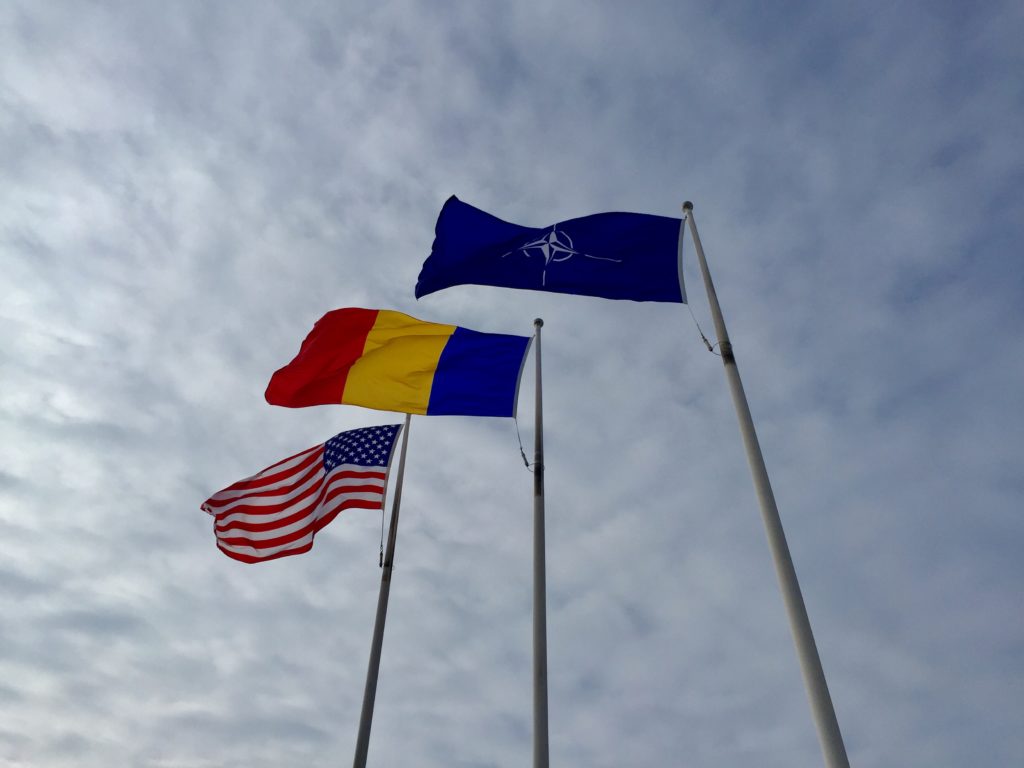