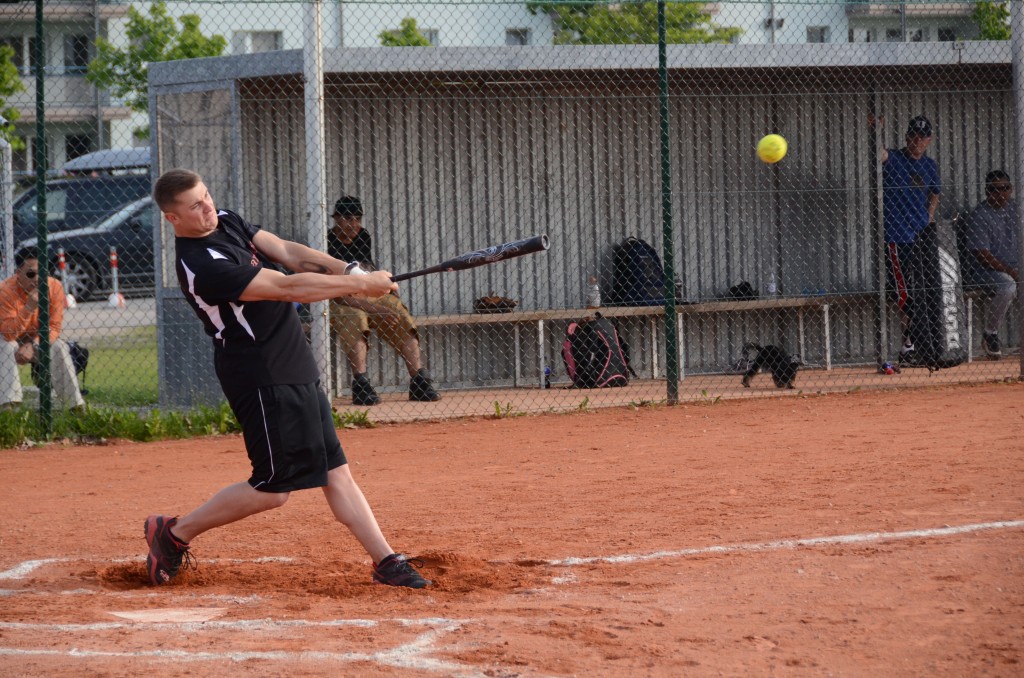 ANSBACH, Germany (March 3, 2016) – The Army Sports Program for U.S. Army Europe’s 2015-2016 sports season is wrapping up soon, and an Ansbach unit once again finds itself in one of the top spots among competing garrisons.

Throughout the last several years, it’s been a recurring theme. During last year’s competition, a different Ansbach unit placed second. The year before that, the unit won.

Patrick Kabuye, U.S. Army Garrison Ansbach sports and fitness director, said Ansbach is able to regularly compete with and defeat units from garrisons with larger populations. He said to look back through the last five years is to see Ansbach’s transformation into “an elite program.”

“We are very proud of our performance,” said Kabuye. “We are a very small community, but for us to be able to compete with bigger garrisons and communities, I think that gives us joy – that we’re happy to have the support we have in the community to execute such a program.”

Throughout IMCOM-Europe, “Ansbach has been one of the only garrisons that has constantly been able to send a Soldier to the All-Army program,” said Kabuye.

Kabuye said another measure of success is Ansbach’s performance and consistent participation in IMCOM region championships, which include basketball, volleyball, soccer, softball and flag football.

“Going back three years, our units have dominated the IMCOM championships,” said Kabuye.

There’s also a requirement, Kabuye said, for each garrison to send two teams for each region-level event; however, he said Ansbach is one of the only garrisons that is consistently able to do so.

During this weekend’s IMCOM-E basketball championship tournament – which USAG Ansbach is hosting – one of the two teams Ansbach is sending is part of the rotational force currently at Storck Barracks: 3rd Bn., 227th Aviation Regt., from the 1st Cavalry Division at Fort Hood, Texas.

The battalion, which placed second in Ansbach’s Feb. 25 installation-level championship, is the second unit so far based at Storck Barracks as part of the 12th Combat Aviation Brigade’s Aviation Restructuring Initiative.

It was in April 2015 that the Army announced the ARI, which implemented full-time rotational aviation assets to support the U.S. defense posture in Europe. In doing so, the Army also streamlined the 12th CAB – Ansbach’s largest tenant unit.

Despite the change in population, Kabuye said his commitment to providing Ansbach’s Soldiers, Family members and civilians with a quality sports and fitness program has not waivered. Some aspects of it have even grown.

“I don’t think there’s any garrison in IMCOM or Army-wide that could make the same statement – that we hosted six tournaments in a year,” he said.

Ansbach now also has a German-American sports initiative, for which Ansbach teams compete in different sports with host-nation teams both on and off post. In 2015, Ansbach played four soccer games with German counterparts, one softball game and three volleyball games. Kabuye said he’s hoping to expand the program with flag football this year.

“Since we live here in Germany, what a better way to collaborate and work with our host nation,” said Kabuye.

Ansbach is also participating in an ongoing community fitness endeavor called “Ansbach Walks,” which invites participants to walk the equivalent distance to 11 different European cities. With the help of a pedometer, each participant can earn T-shirts and certificates for walking the prescribed distances. The program started here in September with between 10 and 20 people. Now, more than 70 people are enrolled.

Kabuye said with all of these programs come challenges.

One challenge that comes up periodically – and depending on the sport – is space. For example, teams share Ansbach Middle High School’s field for soccer. Kabuye expects space concerns to be remediated once the sports complex at nearby Urlas Community is finished.

Another challenge is ensuring there are enough personnel to officiate games. The Sports and Fitness office has met this challenge by incorporating volunteers.

Last year’s 24-game soccer season was strictly officiated by two volunteer Soldiers. Last year’s 54-game flag football season only had one contracted official; the others were volunteers – one spouse and three Soldiers.

Volunteers are on a long list of people and organizations he said to whom he owes the success of Ansbach’s Sports and Fitness Program. A big one, he said, is leadership and management support. This includes leaders at the USAG Ansbach Directorate of Family, Morale, Welfare and Recreation, who support the programs and approve budget requests for crucial elements like equipment.

Another on the list are the garrison and 12th CAB command teams – even if it’s just to cheer on the Soldiers and present trophies.

“I think that adds more motivation to the Soldiers to see them and to know that our leaders are right there,” said Kabuye. “That has a very huge impact.”

On that note, Kabuye said he’s thankful for the units and their leadership.

“We consider the 12th CAB as our customers,” he said. “They are tenants, but they are customers too. If we create all these programs, and the units don’t participate, then we don’t have business.”

This participation from the 12th CAB includes sports, but also fun runs. Kabuye cited having eight teams participating in flag football and 10 teams for bowling – even despite the brigade’s 2015 transformation – as notable successes in this respect.

Kabuye also commends Soldiers for taking the initiative to participate in sports events, their Families for their support and attendance, and both Soldiers and Families for joining in well after duty hours in sometimes cold and rainy conditions.

“Most of these sporting events are after work,” he said. “Sometimes you see games, and you see kids at the games. This means Soldiers who participate in the events are being supported by their Families to let them come back after work and participate in the games. Some of them end at 8 at night. Sometimes you even see families in blankets on the bleachers, cold, watching the game.”

He also credits the Sports and Fitness Program’s partners such as the high school, the Bowling Center, Child, Youth and School Services, and DFMWR Marketing.

“They have been very, very crucial in these programs,” Kabuye said of Marketing. “Without our marketing program, our success wouldn’t be where it is.”

Another factor would be the personnel within the Sports and Fitness Program: “[It wouldn’t happen] if it wasn’t for our staff coming together and making sure these programs take place – like some of our employees are officials in the games – that helps a lot,” Kabuye said.

Kabuye’s outlook on 2016 is positive.

The confidence Ansbach’s Sports and Fitness Program is able to instill in Soldiers new to installation or who have yet to arrive, Kabuye said, is one measure of success.

“It gives them, I think, assurance that they’re going to a garrison that is fully involved in promoting sports and health fitness,” he said.

Another way he measures the success of the Sports and Fitness Program is by giving Soldiers their own successes they can reflect on for the rest of their lives.

“When a Soldier says, ‘I was in Ansbach for three years, and out of those three years I was also invited for the All-Army basketball team,’ that’s huge,” he said. “On our side, we provided the platform to have him enjoy that success.”