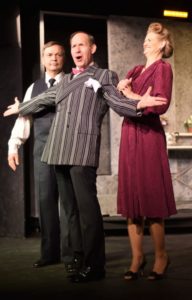 ANSBACH, Germany (Dec. 15, 2016) — Earlier this month the cast and crew of U.S. Army Garrison Ansbach’s Terrace Playhouse, on Bleidorn Kaserne’s west end, wrapped up their production of Rodgers’ and Hammerstein’s classic The Sound of Music.

After more than two months of preparation and six sold-out shows, these volunteers were able to take a break. If you ask those who worked on the production, the whole cast and crew earned it.

“From the point of view of the audience, they come there and say, ‘Oh, cool,'” said Victoria L. Hanrahan, USAG Ansbach entertainment director. “But it takes six to eight weeks for three to four times per week for people to learn material, practice it, put up the sets, work on the costumes. It takes a community to put on a show.”

Hanrahan said this is typical of Terrace Playhouse productions. With each new show, the volunteers go to work creating everything from scratch — culminating with what the audience sees on opening night. Hanrahan said they do this because each work of art is different.

“People don’t understand how much work goes into this,” said James S. Dill, who served as music director and played two characters.

Dill arrived to Ansbach during the summer and now runs the USAG Ansbach’s Emergency Management Program. But throughout October, November and part of December, Dill would head over to the Terrace Playhouse after work and join his fellow cast members to rehearse … rehearse … rehearse.

“We’ve rehearsed at least four days a week from auditions and the time the cast was decided on until, well, currently,” Dill said in an interview before the last couple of shows. Dill played Herr Zeller in the first three shows and Max Detweiler in the second three.

“I was shocked by the number of hours people dedicate to making the production awesome,” said Heather Luna, an Army spouse who played Baroness Elsa Schräder. The Terrace Playhouse production was Luna’s first.

Luna said director Margi Ritscher “poured her heart and soul” into the production and Hanrahan “worked day and night doing everything from painting to cleaning and coaching newbie actors like me.”

“They’re incredible ladies who have as much heart as they do talent,” said Luna, who also praised Dill’s musical direction. “I loved every minute I spent with these people and the cast.”

Though it may have taken a lot of hard work, Dill said it was work worth doing — especially working with first timers.

“Oh, yeah — that’s awesome,” said Dill. “As the music director for this, I was able to take those fresh minds who had never done anything and show them how to breathe, how to sing, how to enunciate.”

In the musical, Maria is able to quickly teach the Von Trapp children how to sing together and on key. Behind the scenes, it was Dill who taught many of them how to harmonize and how to blend. He said learning these skills gives these young performers an “immeasurable sense of accomplishment.”

“You get to take these kids — and they are scared to death when you get them — and they have no idea what to expect,” Dill added. “I always tell them, ‘In practice, if you’re going to be wrong, be good and wrong.’ That way, we can fix it. To see them when they accomplish something and they come backstage and they’re all high-fiving because they did it and it sounded beautiful — that’s the best feeling I could ever get.”

Dill brought his years of experience as a former vocalist with Tops in Blue, the Air Force’s active-duty performance ensemble that toured the world entertaining fellow Airmen and their families.

During The Sound of Music preparation, Dill said he spent a lot of time teaching the group of performers who played the nuns at Nonnberg Abbey.

“The nuns are amazing,” he said. “They have all different ages and vocal ranges. There are some who had never sang before in public, much less in a choir or anything like that — maybe in the car or the shower. Now they’re singing Latin Gregorian chants.” 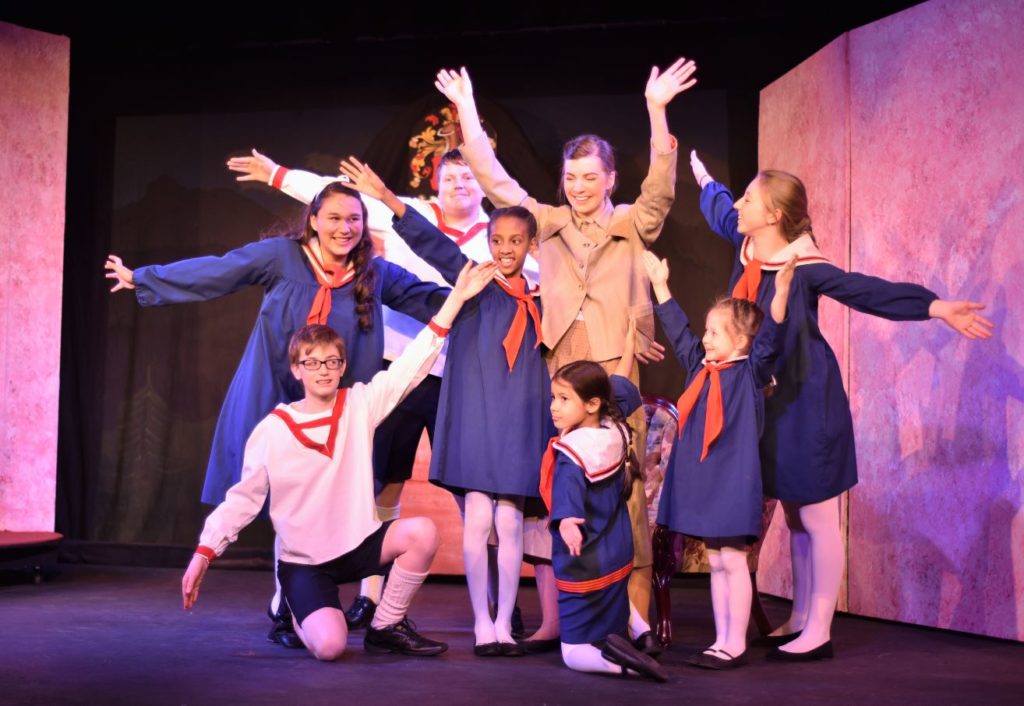 Danielle Bohler, as Maria, rehearses with the young performers who played the Von Trapp children in the Terrace Playhouse’s production of “The Sound of Music” in Ansbach, Germany, Nov. 30, 2016. All six shows were sold out. (U.S. Army photo by Stephen Baack, USAG Ansbach Public Affairs)

Dill said the theater gives members of the community a positive creative outlet and boosts morale, but he said there’s more to it than even that.

Compared to some Soldiers, family members and civilians who seem tethered to their housing or barracks during their overseas tours, Dill applauds those who take advantage of their time here to travel around Europe — but even they are missing the full picture, he said.

“The reason people are willing to invest in it the way they are is because it’s such a collaborative process, and there’s no one who’s not important,” said Hanrahan. “Everybody’s absolutely 100 percent important. Because of the amount of investment you put into it, you really do make close friendships. It almost becomes a family.”

“It doesn’t matter if they’re in a primary role or a secondary role, or they have a little two-liner in the show, they’re at every rehearsal,” Dill said. “They’re watching. They’re doing everything.”

Hanrahan said the skills people learn in theater are skills they can carry with them for life.

During this production, a Soldier approached Hanrahan to tell her how his being involved in theater helped his confidence during a recent promotion board. She said he told her the production helped him with his public speaking and becoming comfortable with generally being in front of people.

For Luna, this was her first time being in such a production, but she said it likely will not be her last.

“I felt so honored to work with so many talented, dedicated and hard-working people,” said Luna. “They all taught me so much, and I’m so grateful. I’m afraid I’m hooked.”

To learn more about the Terrace Playhouse, and to see the 2016-2017 theater season schedule, visit https://ansbach.armymwr.com/europe/ansbach/ansbach-events/2016-2017-terrace-playhouse-theatre-season?eID=531823.