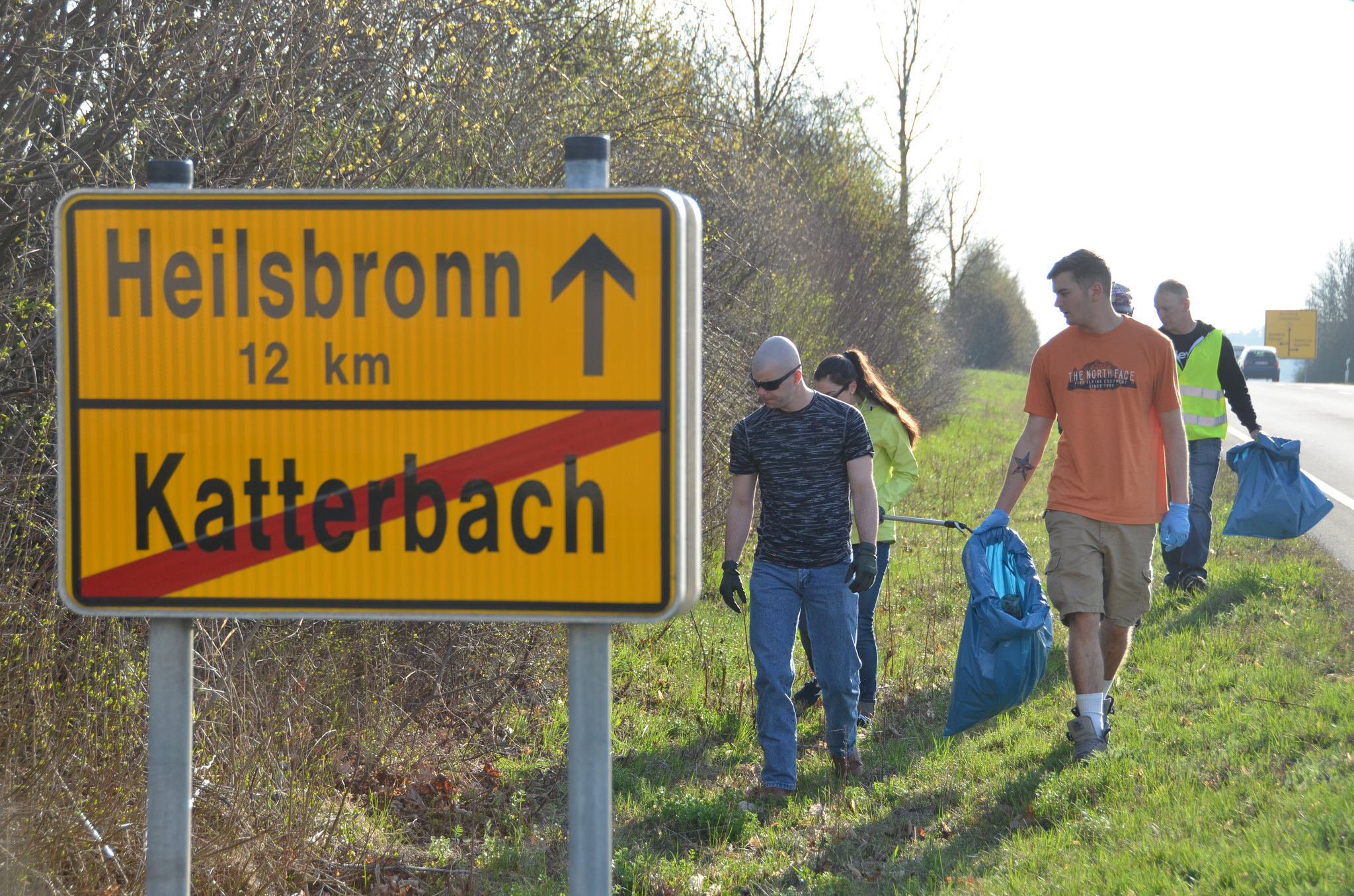 One Saturday in spring, the city of Ansbach hosts a citywide cleanup called Ansbach Saub(ä)er, during which volunteers pick up litter along the roadside. The Environmental Division of the Directorate of Public Works organized the garrison’s participation in the event, getting many community members to take part.

Members of the 10th CAB who are stationed at Storck Barracks took a bus to Katterbach Kaserne to take part in the event. Soldiers of 12th CAB, civilian employees at USAG Ansbach, family members, and more joined the group. Members of Outreach-KONTAKT Franken, the garrison’s official German-American friendship club, also took part in the cleanup.

To learn more about environmental efforts at USAG Ansbach, visit www.ansbach.army.mil/Environmental.html or https://ansbachhometownherald.com/category/environmental-news.

To see more photos from this event, visit https://flic.kr/s/aHskUywnNq.