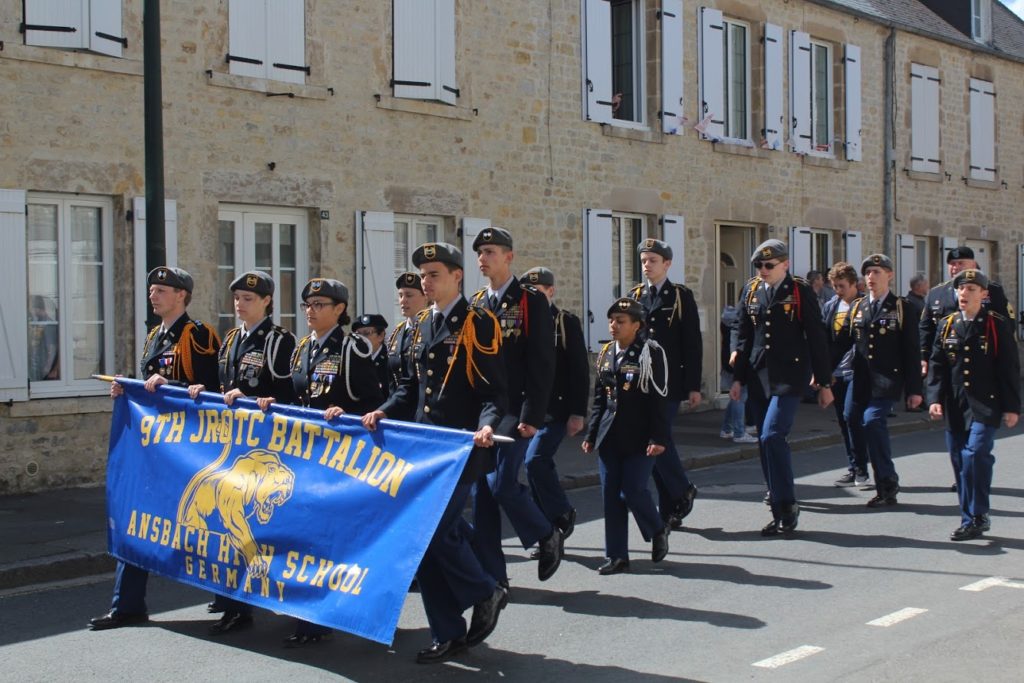 NORMANDY, France – Students from the Ansbach Junior Reserve Officers’ Training Corps (JROTC) battalion joined several other organizations at the Brittany American Cemetery in France June 6, 2019 to commemorate the 75th anniversary of the D-Day landings at Normandy. Students were able to meet veterans who served during World War II and hear their first-hand accounts as they gave speeches and told personal stories.

The battalion was joined by other students from as far away as Alaska who made the trip in order to honor those who fought to liberate France 75 years ago. The ceremony which included performances from high school bands and bagpipers from New York City honored the living veterans and more than 4,000 American soldiers who were buried in the cemetery. “The Normandy trip was very important to me as a person because of the emotional significance of being in a place where American soldiers made the ultimate sacrifice not just for their freedom but for the freedom of the world.” said Cadet 2nd Lt. Cooper Robertson.

Although many of the veterans were well into their 90s, they retained their good sense of humor and spoke about their experiences with the students, some of whom were older than they were when they signed up for the military. Seeing the beaches and meeting veterans left a great impression on many of the students. Cadet Maj. Caisson Duplessie, an 11th grader, said “the entire experience was life-changing. From the landscapes to the cemeteries, to the historical sites and especially the ceremonies, I felt like I was walking through history the entire trip. I have never felt so close to my friends, my history, or my country in my life.” 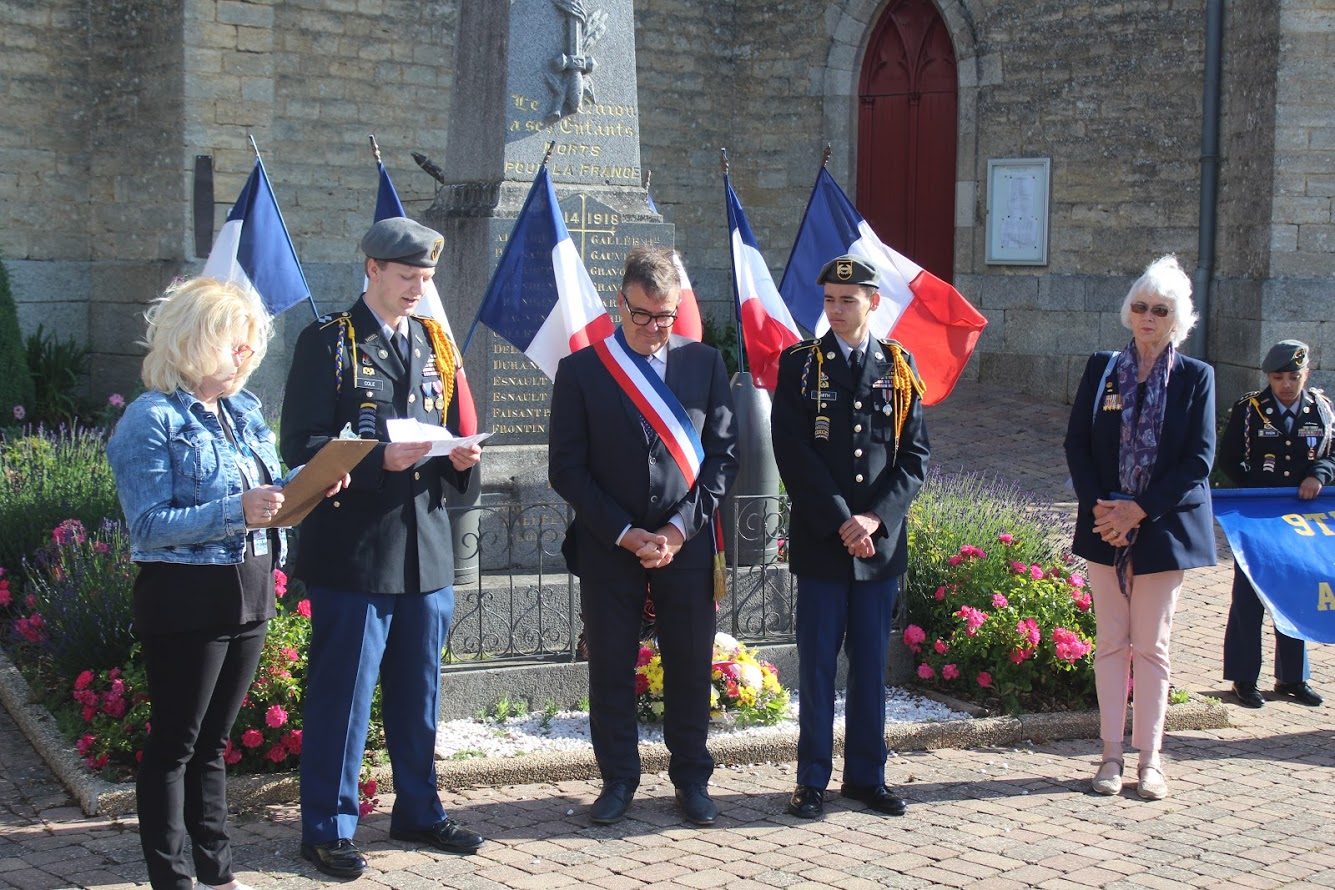 After visiting the Brittany American Cemetery, the 9th JROTC Battalion honored the soldiers and resistance fighters of the small French town which hosted them for their trip. They were personally welcomed by the Mayor of Le Quiou and the son of a French resistance fighter, who laid a wreath with one of the students at the memorial in front of the town’s church.

In the following days the students participated in ceremonies at the Normandy American Cemetery and a parade in St. Mere Eglise, the first French city to be liberated, by the 82nd and 101st Airborne Divisions. Their busy schedule included stops at Pointe du Hoc, Utah Beach, and several museums. Planned by JROTC instructors retired Maj. Madonna Roberts and retired Master Sgt. Christopher Buchanan, the trip was just one of numerous events that led to them receiving awards for teaching citizenship from the Veterans of Foreign Wars at the European and Post levels respectively. Roberts expressed her thanks by saying: “This trip would not have been possible without the generous contributions of the USAG Ansbach community.” 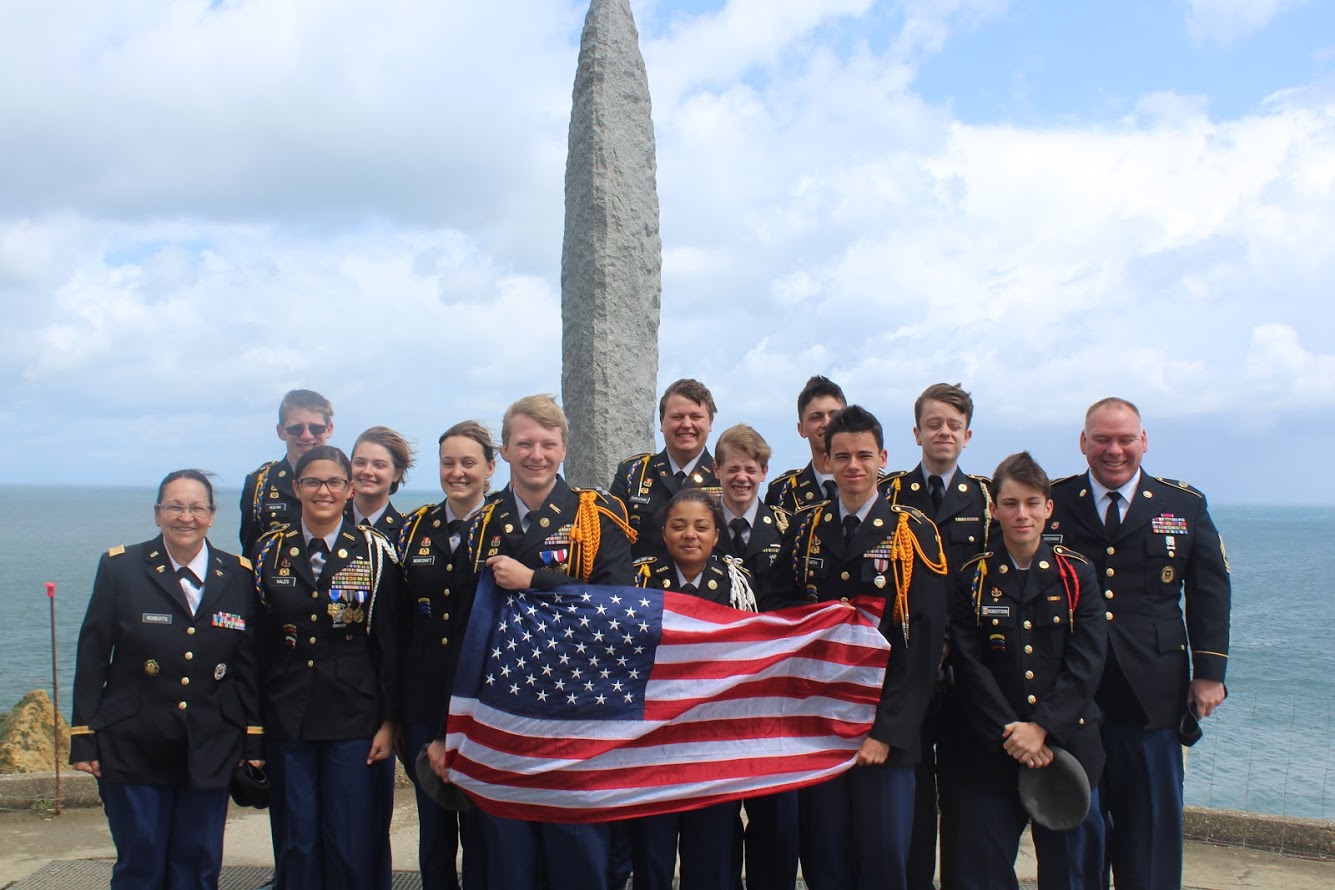