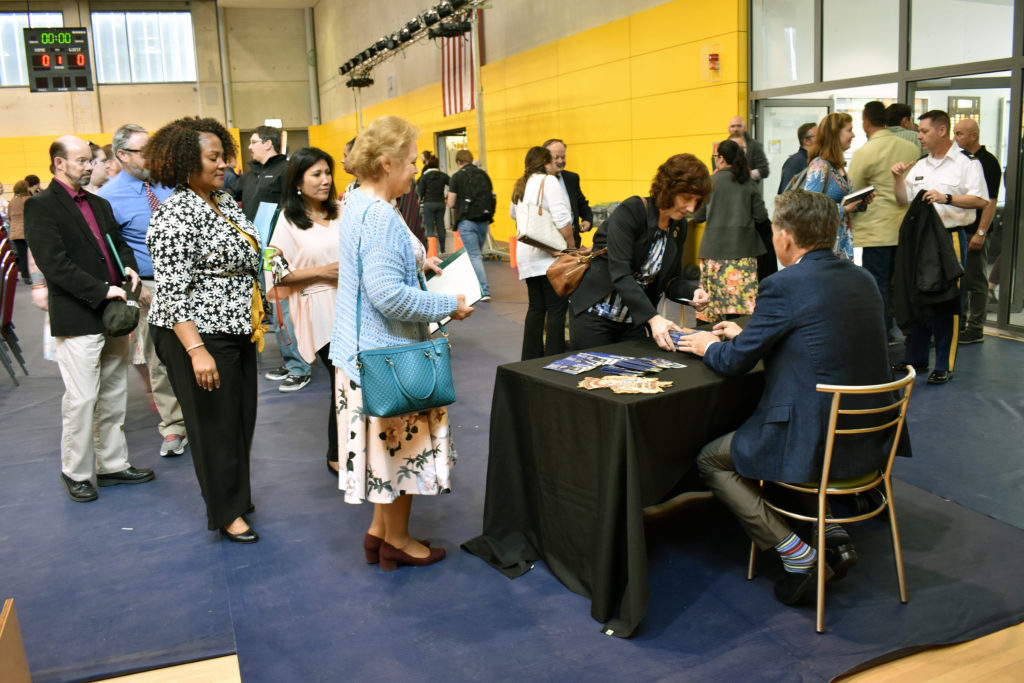 ANSBACH, Germany — U.S. Army Garrison Ansbach hosted Lee Cockerell, a speaker and author, during the Garrison’s Workforce Development Day May 28 at Katterbach Fitness Center. Col. Steven Pierce, USAG Ansbach commander, had previously heard Cockerell speak in November 2018 and was eager to introduce him to the community.

“We have an exciting opportunity today to share some interesting and valuable ideas that you will be able to take with you wherever you go in your career,” Pierce said. “We are very lucky to have Mr. Lee Cockerell here to discuss some of his experiences with us.”

Cockerell said that one of the biggest issues when dealing with people is making our expectations clear to each other.

“People are not clear when they talk to somebody about doing something, there are misunderstandings … you didn’t say it,” he said.

Cockerell mentioned this was extremely important when it comes to the military because transforming civilians into Soldiers means there may be habits that need to be corrected, and those who have first contact with those Soldiers need to make them understand where they are and the expectations.

He also stressed the formula for a great organization was to “hire them right, train them right and treat them right.”

Treating people right, Cockerell said, means having the hard conversations. “It means telling them the truth, and when you do that, people will trust you.”