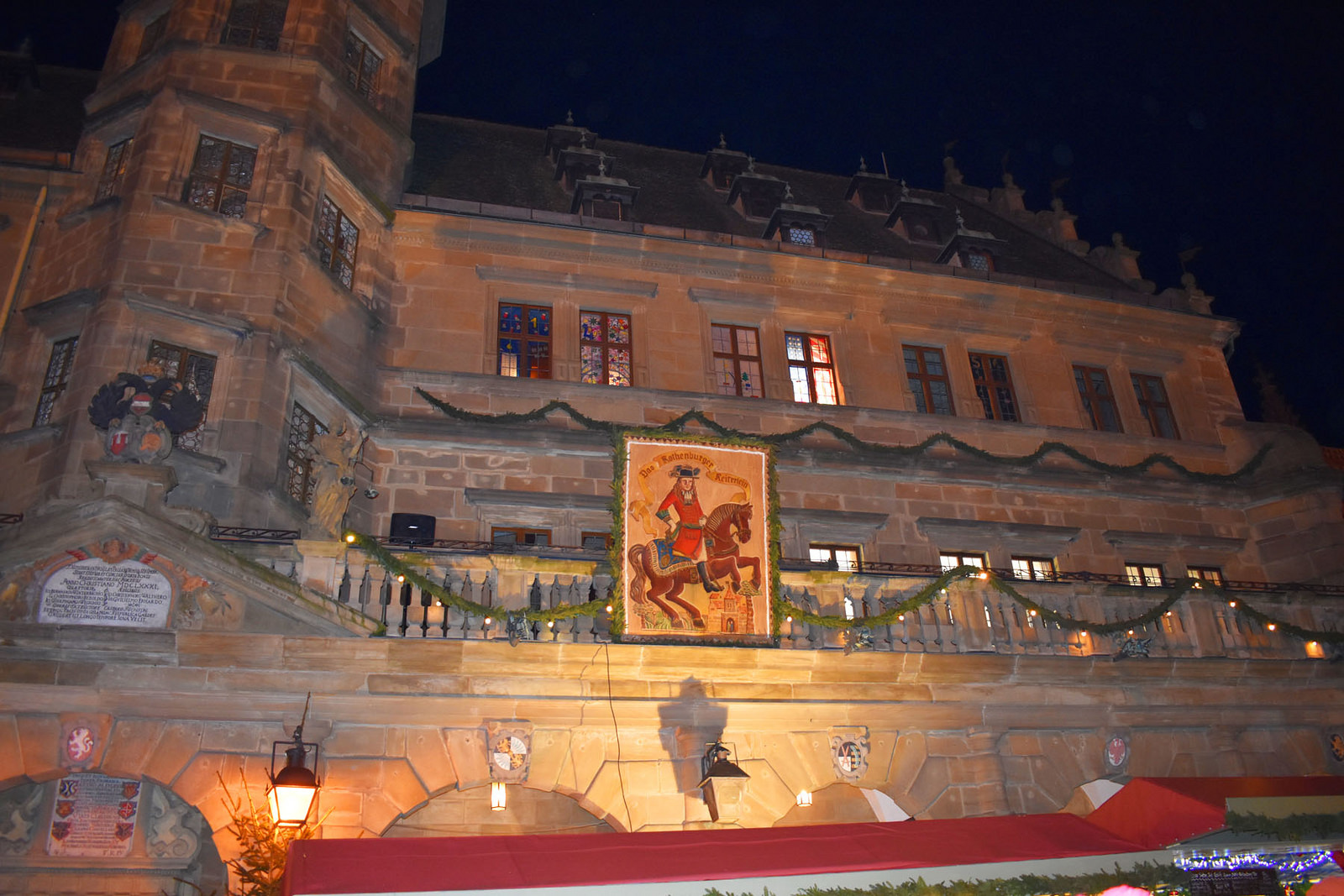 Soldiers and families from the Ansbach community were again officially invited to take part in the construction of an assigned window, part of the giant festive Advent calendar the city creates each December. Rothenburg Mayor Dieter Kölle (left) made a special invitation to American service members and their families to attend the festivities as he opened the giant calendar window during the annual “Reiterlesmarkt” Christmas market.

An Advent calendar is a special holiday calendar popular throughout Europe with windows that families use to count down the days of Advent in anticipation of Christmas. Each day a new window or door is opened, often revealing a holiday illustration, or including a small toy or chocolate bonbon to count down one-by-one the days until Christmas Eve.

Each day at sundown during the Reiterlesmarkt a numbered window is opened on the giant Advent calendar which appears on the side of the Rothenburg city hall while music is provided by a traditional German brass band. The Ansbach Elementary School children’s choir was added to the market’s musical program and contributed songs and carols to the evening, to the applause of shoppers and guests. 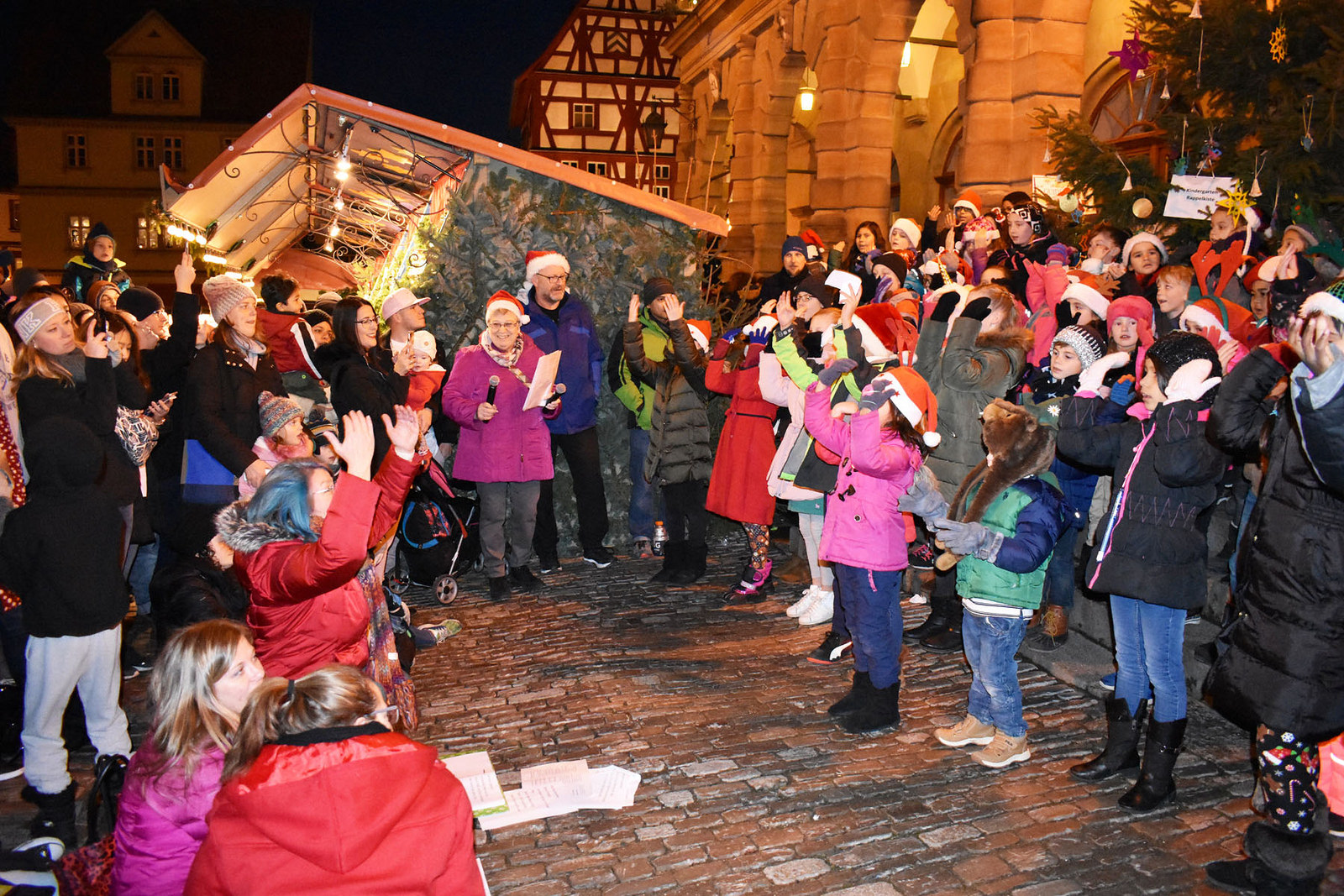 Thanking Mayor Kölle afterwards Jones said, “For our Soldiers and military families, the holidays are a joyous time, and your invite to share the holiday is especially gracious and appreciated. This is exactly the kind of consideration that has made our German-American partnership in Europe so enduring.” 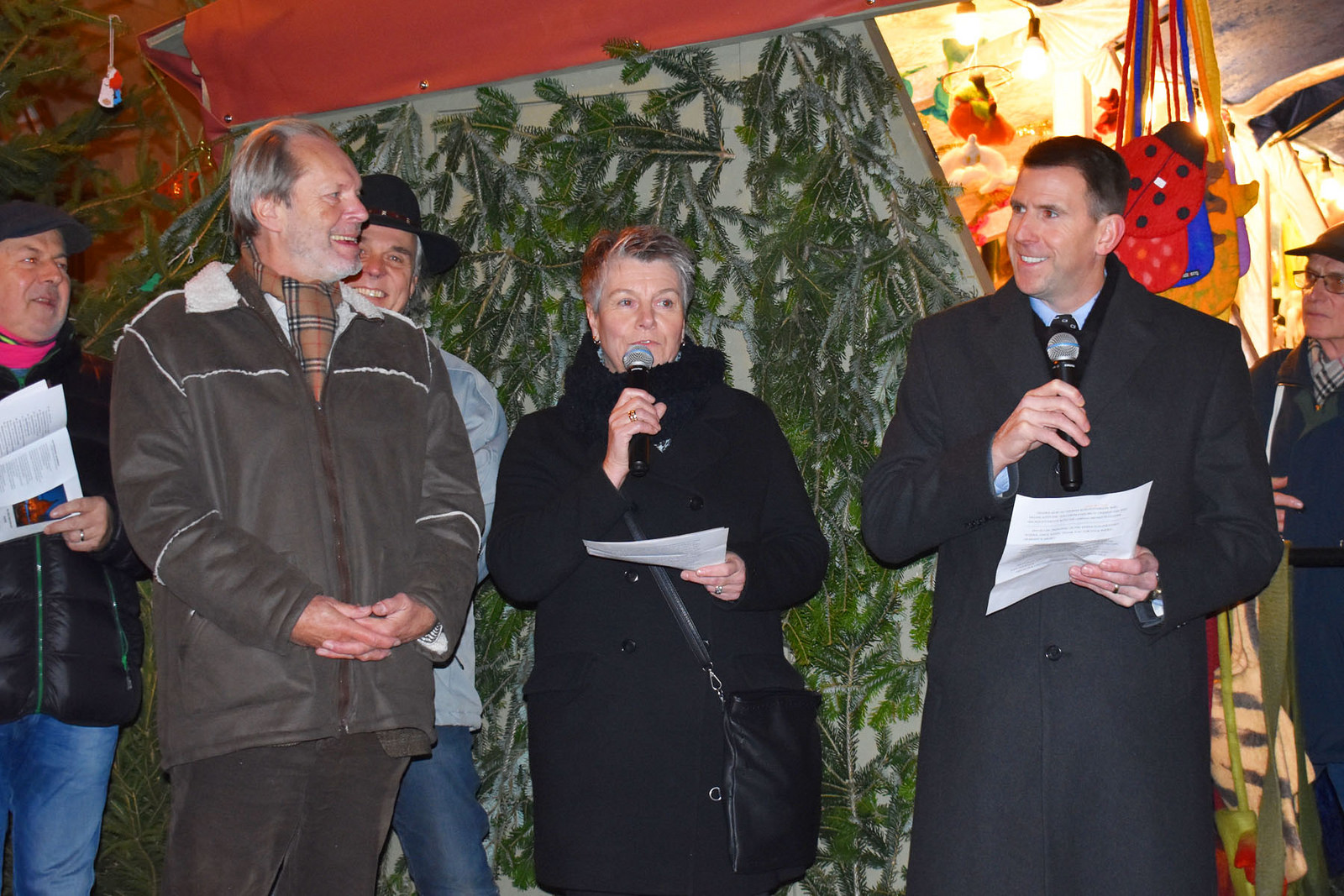 The popular annual market takes its name from the Rothenburg “Reiterle“ – a figure plucked from medieval legend whose arrival is the highlight of the market – who was considered to be a messenger from another world who flies through the night, taking with him the souls of the dead each winter.

The Christmas market in Rothenburg  is one of the most beloved in Germany and has been regularly held and celebrated since the 15th century.

The city offers special guided tours around the market and through the narrow city streets of the old town each day until Dec 24, and the Franconian version of Santa Claus, ‘Pelzmärtel’, makes regular visits to the marketplace to greet visitors and spread holiday cheer.

The Ansbach Military Community is located approximately 40 miles west of the German city of Nürnberg in the Franconian region of Bavaria and is spread across six sites surrounding the city from which it takes its name. Ansbach is home to the 12th Combat Aviation Brigade (12th CAB). A new, state-of-the-art 51,000 square foot health clinic facility located on Urlas Kaserne was opened in 2016. The community supports more than 6,000 Soldiers, civilians and family members. To learn more about the people and facilities of the U.S. Army Garrison Ansbach and the people they support in Ansbach, Katterbach and Illesheim, visit the community website at www.ansbach.army.mil