ANSBACH, Germany (March 11, 2019) – Ansbach Cub Scouts and Boy Scouts came out on a blustery March morning this Saturday on Bleidorn Kaserne to carry out a conservation project.

Scoutmaster Richard Connaroe organized the event with a concentration on trash pickup and also worked with the Department of Public Works to identify and report on other issues that might be discovered while carrying out the project.

“We found a few things to report on, including significant litter, one hazard at a park, and two matters of regular maintenance at two other parks, ” Connaroe said. DPW will address the larger issues. 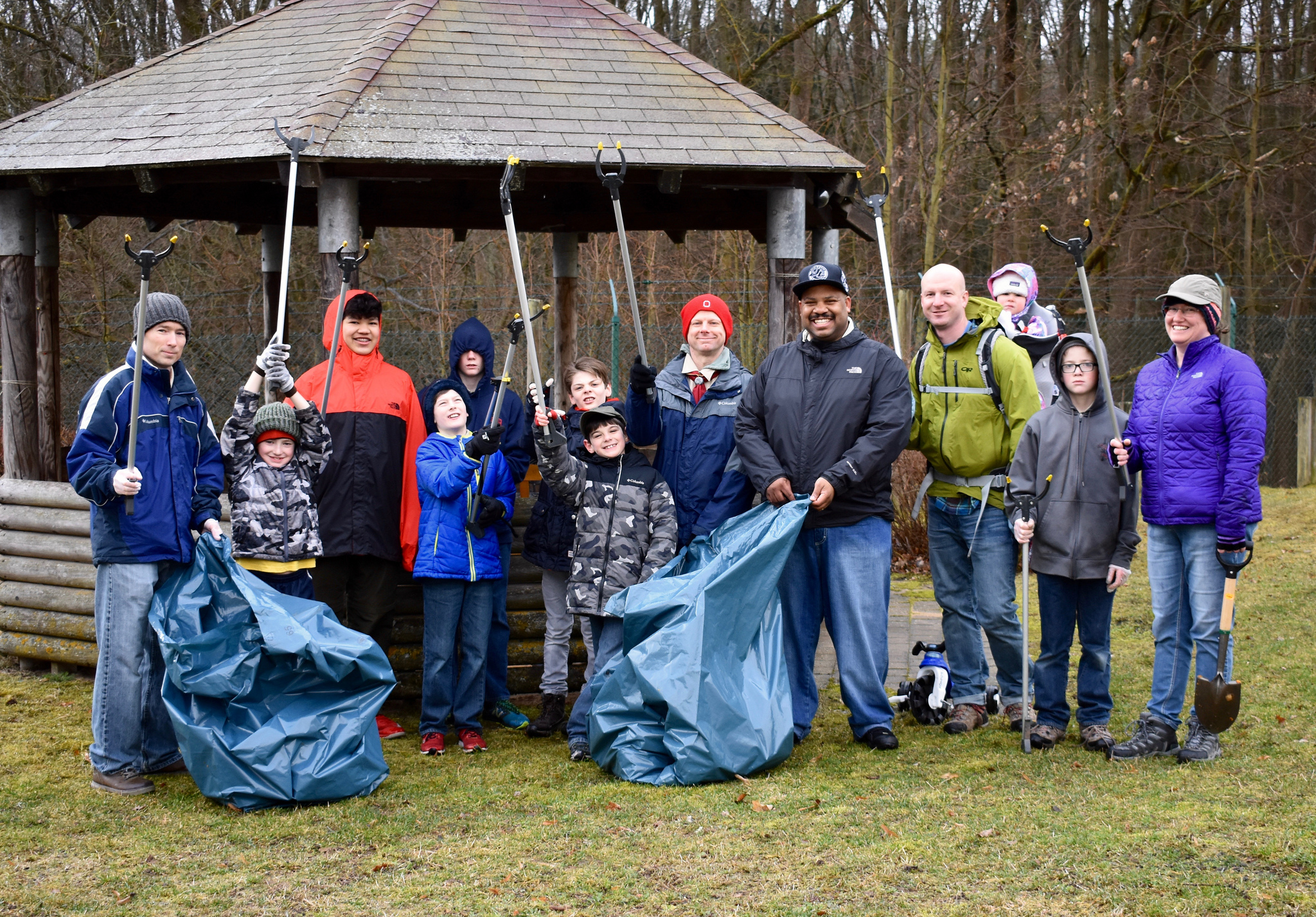