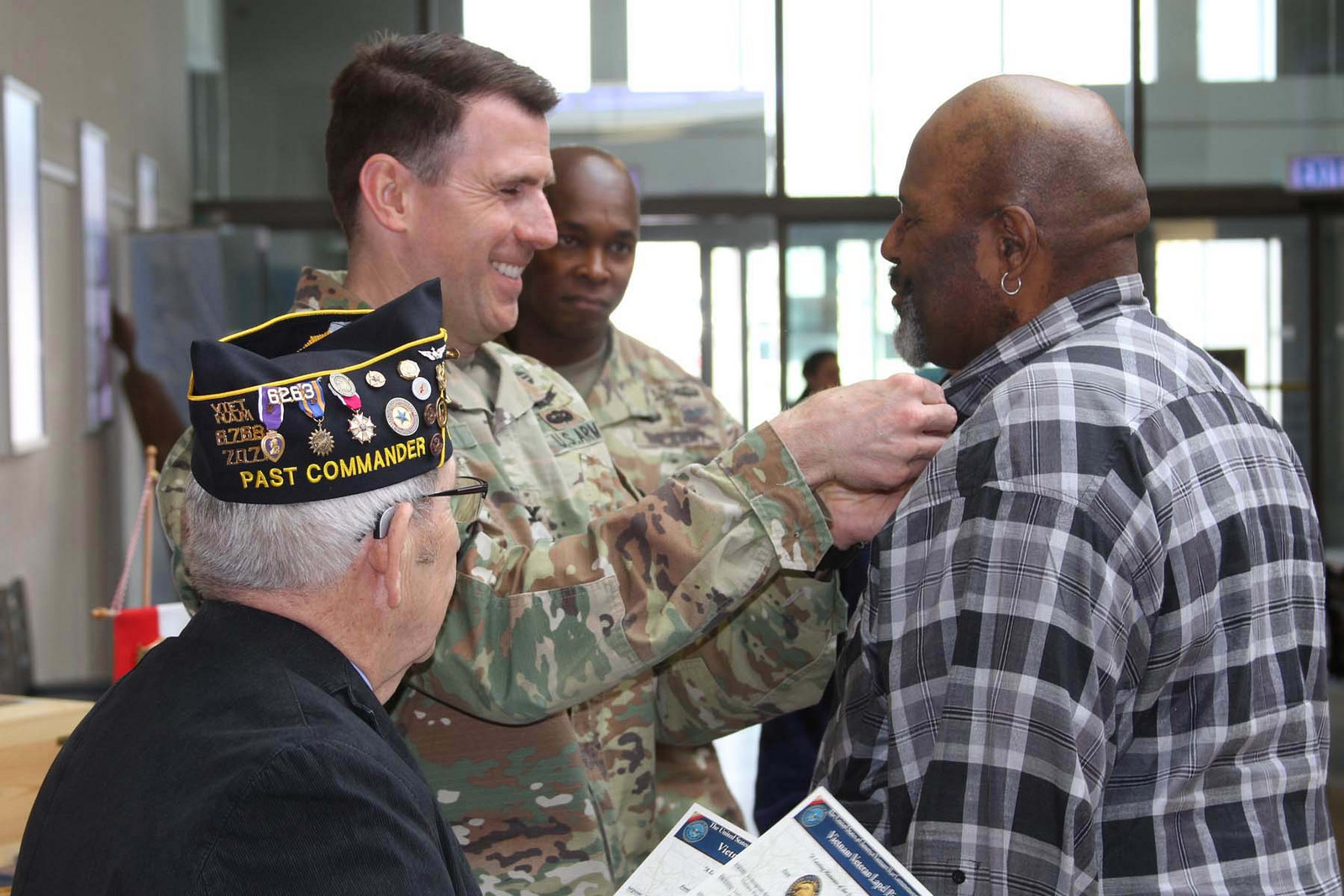 Joining Americans in observances organized across the world, USAG Ansbach thanked U.S. veterans who were active-duty service members in any location between Nov. 1, 1955, and May 15, 1975.

The United States of America Vietnam War Commemoration is a program administered by the Office of the Secretary of Defense. The U.S. began commemoration of the Vietnam War’s 50th anniversary at the Vietnam Veterans Memorial in Washington D.C. May 28, 2012. The official commemoration is scheduled to continue through Nov. 11, 2025, reflecting the length of time that so many Americans served in and during the war. 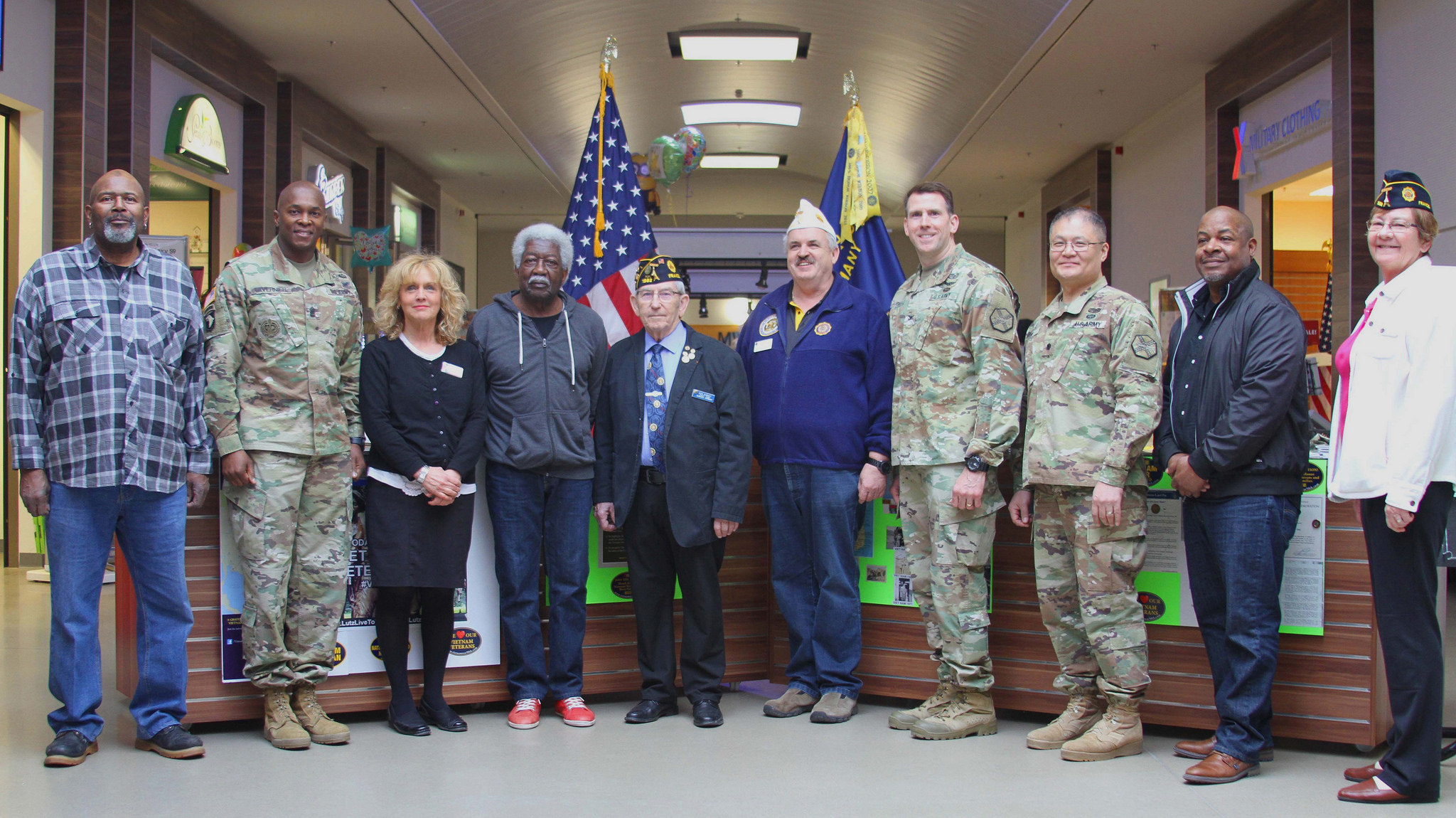 The event was organized and hosted by American Legion Post 1982, a local veterans group active in the Ansbach community and a partner and contributor to many USAG Ansbach events throughout the year.

Jones kicked off the event by thanking the local veterans for their hard work and dedication in organizing the event and preparing the many historical and colorful displays set up.

Post 1982 veterans handed out anniversary commemorative certificates and explained the displays and presentation materials commemorating the Vietnam conflict, and also presented official commemorative 50th Anniversary pins as well as buttons, enshrined on each, the words: “A Grateful Nation Thanks and Honors You.” 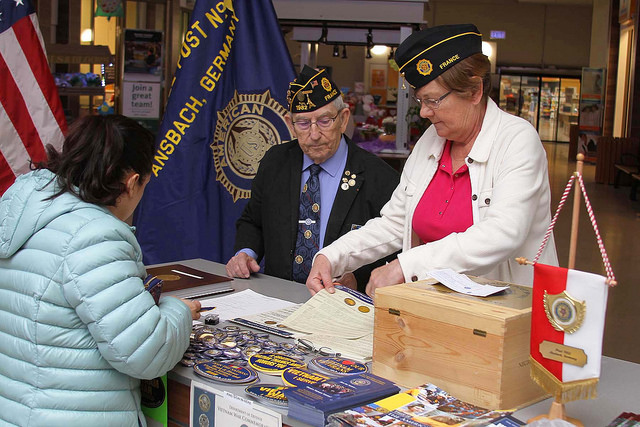 The remainder of the afternoon was spent greeting and engaging with visitors who enjoyed free beverages and cake courtesy of the Ansbach Army Air Force Exchange Service (AAFES) who helped sponsor the event.

The U.S. Army Garrison Ansbach (USAG Ansbach) Military Community is located in the Franconian region of Bavaria and is spread across six sites and nine kasernes dispersed around the city of Ansbach and the village of Illesheim: Barton Barracks, Bismarck Kaserne, Bleidorn Kaserne, Franken Kaserne, Katterbach Kaserne, Oberdachstetten Training Area, Shipton Kaserne, Storck Barracks, and Urlas Kaserne. Today, Ansbach is the home of the 12th Combat Aviation Brigade (12th CAB), the community’s largest tenant unit. The garrison takes pride in its support to more than 6,000 Soldiers, civilians, and family members, working and living within the USAG Ansbach area. To learn more about the people and facilities of the U.S. Army Garrison Ansbach (USAG Ansbach) and the people they support in Ansbach, Katterbach and Illesheim, visit the community website at http://ansbach.army.mil