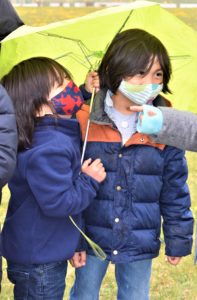 ANSBACH, Germany (May 3, 2021) – Across the United States, Arbor Day is celebrated to highlight the importance of trees to our survival and to encourage individuals and groups to plant more trees.

U.S. Army Garrison Ansbach has observed Arbor Day since 2015. Since then the garrison has planted 20 trees in locations like the Katterbach Elementary School, around Soldier Lake and next to the Fire Training Center on Urlas. In 2016, Ansbach city and garrison representatives planted three trees near the Brücken-Center mall downtown Ansbach with the assistance of German and American schoolchildren.

These trees, two Hainbuchen (European hornbeam), two Hopfen-Buchen (European hop-hornbeam) and one Eisenholzbaum (Persian ironwood), were specifically chosen for being native to Europe, climate resilient, drought tolerant and limited in height, as not to impair airfield activity. 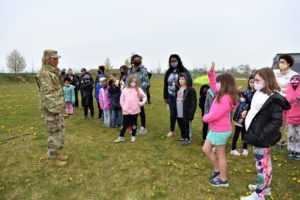 “It is fun to engage with the youngest members of our community and find out what is important to them,” Hobart said. “I usually only talk to their parents, so this gives me a whole new perspective.”

Before the children were released to start digging and shoveling under the watchful eye of the garrison’s chief arborist, Roland Krug, Hobart asked them the question of the day: “When is the best time to plant a tree?” The answer was “20 years ago.” The follow-up question “When is the next-best time to plant a tree?” was answered by the group almost in unison with a resounding “Today!” 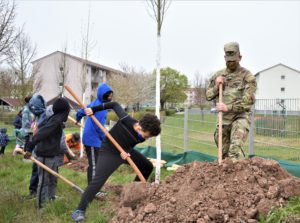 Today U.S. National Arbor Day is celebrated in all 50 states, usually on the last Friday in April; many other countries around the world have embraced the idea and observe their own version of Arbor Day.