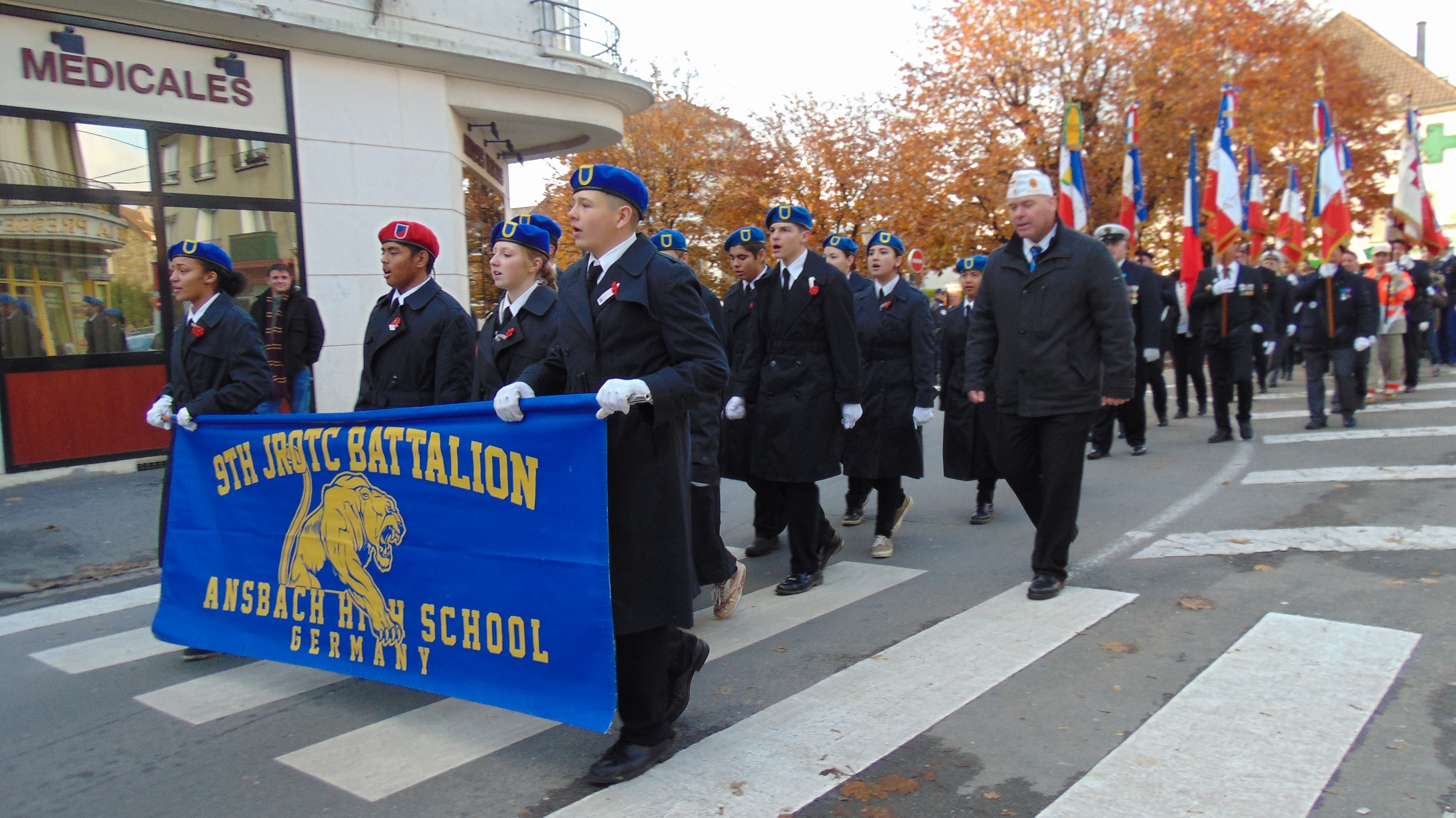 During their first full day in France Nov. 11, the 13 cadets, their instructors, and their chaperones toured Aisne-Marne Cemetery and laid a wreath on behalf of American Legion David Chavez Post 1982.

The group then toured Belleau Wood Battlefield and visited the American Memorial Church.

“Seeing my last name on the unknown soldiers wall [made me] wonder what my great-great-grandfather was like,” said high school sophomore Cody Volpe. 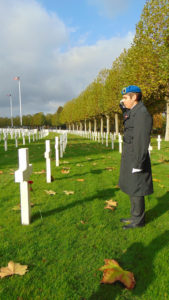 The wall to which Volpe refers is part of the Memorial Chapel at Aisne-Marne American Cemetery and Memorial, and upon which are the names of American Soldiers missing in action, “WHO FOUGHT IN THIS REGION AND WHO SLEEP IN UNKNOWN GRAVES.”

The cadets then participated in Armistice Day events in the town of Chateau Thierry. They laid a wreath at the French 153rd Infantry Regiment memorial. During the war, 15 U.S. soldiers were attached to each of the regiment’s companies.

The cadets then marched in the town’s Armistice Day Parade.

On Nov. 12, the cadets went to the La Main de Massiges, a WWI archeological site, the Musée de la Reddition, also known as the “Surrender Museum,” and Reims Cathedral.

The locations visited on the trip’s final day, Nov. 13, included the places that Ansbach’s JROTC instructors found the most impactful: the Verdun Memorial and Museum and the Douaumont Ossuary. 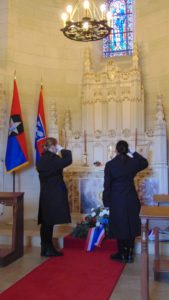 Gabrielle Peach and Rona Denuna, cadets of the 9th JROTC, lay a wreath in the American Memorial Chapel at Aisne-Marne Cemetery.

“Verdun – If you want to see the cost of war, go to Verdun,” said Army JROTC instructor Maj. Madonna Roberts. “Three hundred days of fighting, 300,000 casualties, nine villages destroyed, and a Rouge ‘RED’ Zone that after 100 years is still uninhabitable.”

“It was shocking to see so many human bones that were once soldiers,” said Army JROTC instructor Sgt. Chris Buchanan about the ossuary.

“Walking the ground and listening to the historians talk about the devastation cannot be taught or read in a book,” he said.

“The devastation,” however, did not dominate the trip. The French locals expressed their thankfulness toward the American’s aid in the war and were welcoming to the cadets. Their hospitality moved high school sophomore Cassandra Ferguson in particular.

“It just felt so fulfilling, [so] wholesome to know or to see the compassion that these people, these strangers, gave us,” said Ferguson. “It gave me hope in humanity, that there’s a spark of good, genuine good, in others.”