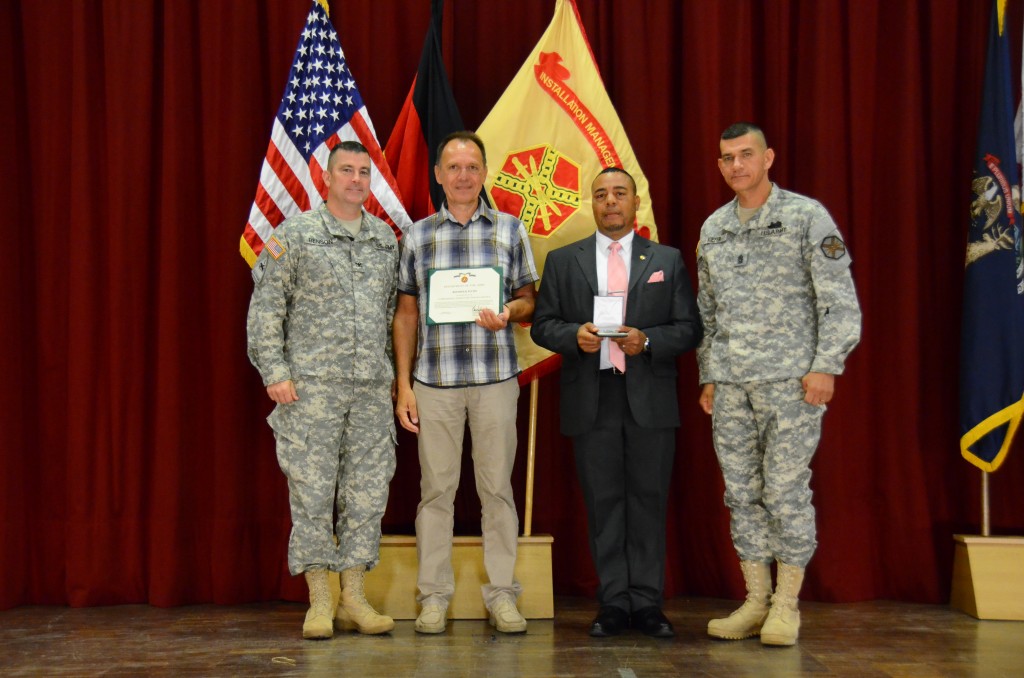 Reinhold Fuchs, second from left, a now-retired information technology specialist with U.S. Army Garrison Ansbach, receives a Commander’s Award for Civilian Service during USAG Ansbach’s All-Hands event and awards ceremony June 26 at Bismarck Theater. Fuchs stands alongside Col. Christopher M. Benson, left, USAG Ansbach commander; Mitchell L. Jones, second from right, USAG Ansbach deputy commander; and Command Sgt. Maj. Mark A. Kiefer, USAG Ansbach command sergeant major. Fuchs was one of six who received the award, in addition to nine members of Team Ansbach who received Certificates of Achievement and one more who received an Army Commendation Medal. The All-Hands gave USAG Ansbach employees an opportunity to give feedback to and receive feedback from the commander, and it gave the commander a chance to provide the workforce with a snapshot of the progress they have made as a team since the last All-Hands — and a road map to the future. (U.S. Army photo by Stephen Baack, USAG Ansbach Public Affairs)