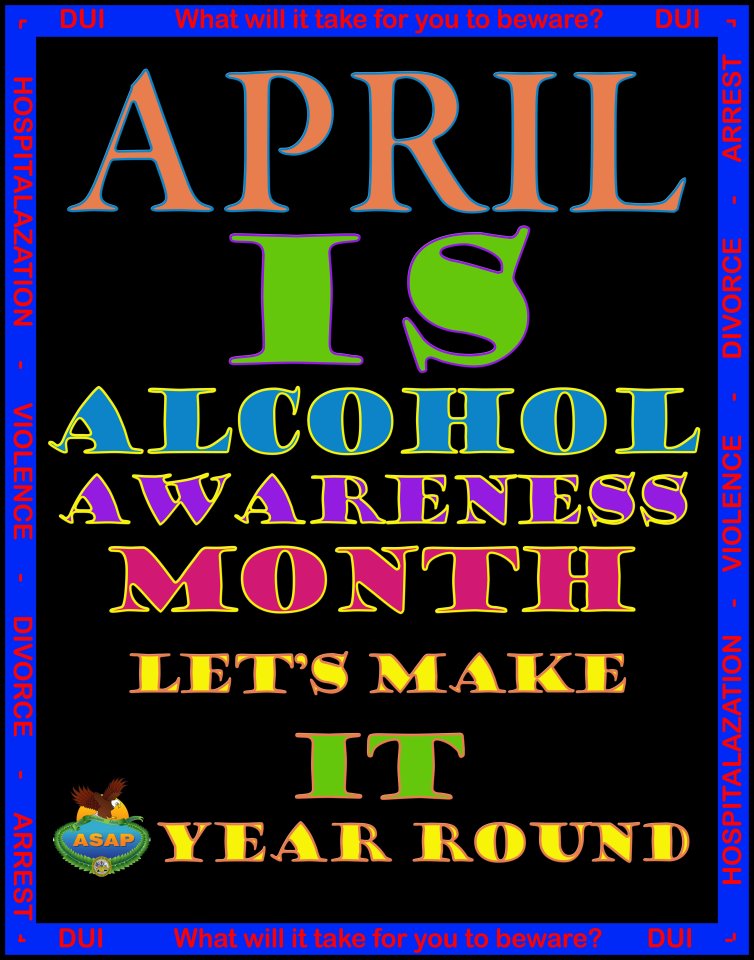 So, I have been procrastinating. Not totally unusual, but a little more personally bothersome this time around. You see, I really do like most aspects of my job and find it fitting that I have gravitated towards prevention as an occupation. I am one of those people who like to plan ahead for potentialities and circumvent issues – did I pack the sunglasses? I should move that glass further from the edge of the table to avoid that wagging tail, let me just go ahead and let that driver 18 inches from my rear bumper go on around me. I also probably get a little more frustrated than most when my efforts to control the outcomes go for naught – when the exact thing that I was trying to protect against happens anyway! I then have the opportunity to prevent a blowup or breakdown. So I still try to think of what I could have done differently to thwart the undesirable outcome, and thus back to my job. With Alcohol Awareness Month being April, I want to have an impact. To provide something useful, to help others to avoid problems.

I had an awakening the other day. We tend to readily accept when a problem has occurred that there is a need for resolution. I mean if you break your ankle, there is no doubt that a re-set is going to be in your immediate future. Likewise if you’ve had an argument with your significant other, some form of compromise is on the horizon. Why is it that we wait to solve many of our problems after they have already occurred? Why suffer the consequences after the fact? Can some type of intervention take place before we go into fix-it mode? Point blank – can prevention be intervention?

In substance abuse circles, the general consensus is that the problem spectrum is broken into three separate modalities: prevention, intervention, and postvention. Prevention is trying to deter or minimize any problems, intervention is to fix what is now damaged or impaired, and postvention is to provide methods or means to support continued avoidance of problems. But why can’t prevention be intervention? If by learning say, that binge drinking (five drinks within two hours for men, four drinks within two hours for women) contributes to more than 75% of the total cost of alcohol misuse, would people not modify their behavior? If they knew that the majority of the DUIs in the Ansbach community within the last year were between a .05 and .10 would they err to the side of precaution and find another way to get from point A to point B? If our population knew that the standard drink (1 ½ oz. 80-proof shot, 5 oz. of wine, and 12 oz. of mass marketed beer) all had the same amount of pure alcohol (.6 fl. Oz) and is what the average person’s liver burns off in one hour, would they pace themselves or stagger alcoholic beverages with non-alcoholic or water? That is my hope. You see, in doing these small measures, prevention becomes intervention. We know how to solve the problems before they occur. What would life be like then?