AER campaign kicks off to raise both funds, awareness 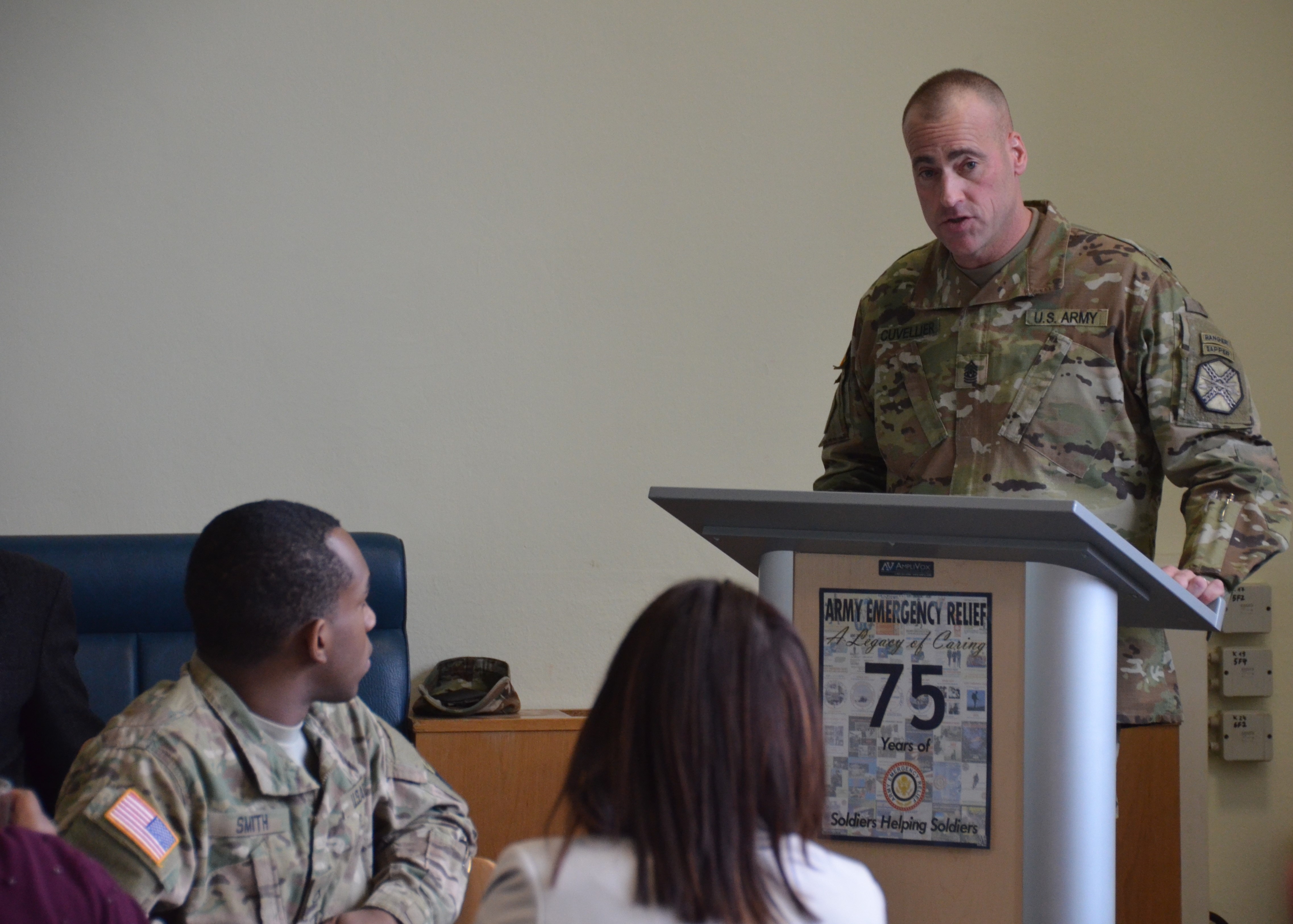 Army Emergency Relief dedicates itself, according to its website, to “Helping the Army Take Care of its Own.” Started in 1942 while the U.S. Army was undergoing rapid expansion because of World War II, it seeks to provide relief to Soldiers and their families who are experiencing financial distress. AER makes fee- and interest-free loans to active-duty and retired service members, eligible family members with military ID cards, surviving spouses and children, and Army reservists / National Guard on active duty (Title 10) for more than 30 days.

“For those requesting a loan from AER, there is no interest and there is no fee,” said Cuvellier. “I can’t emphasize enough what a tremendous service this is for our Soldiers.”

Cuvellier also emphasized the importance of the program as it relates to military unit cohesion.

“No one is exempt from adversity,” he said. “Everyone at some point in their life will need help, whether that be physical, emotional, spiritual or financial. AER provides that financial assistance to help our Soldiers overcome adversity and get them back in your formation as productive members of your team, squad, and platoons.”

Although the event served as a kick-off for the AER fundraising campaign, John Hartman, the AER manager for the garrison, wanted the event to raise awareness of who benefits from the program.

“The most important thing is letting Soldiers know what AER can do for them and their family,” Hartman said. “If they are a career Soldier, they have AER for life, which means once they retire, they have the same AER benefits for the rest of their life. And if something happens to them, their spouse takes those benefits over.”

Sgt. 1st Class Kimberly Wright, 12th CAB representative, likewise wanted to inform everyone who of who is eligible, including those who have left military service.

“We just want to put out exactly what AER has to offer to the Soldiers, family members and retirees, because it can be helpful,” Wright said. “Retirees, some of them didn’t know they were still allowed to use AER.”

Wright also made clear outreach extended to families of Soldiers.

“We’re going to talk to them too,” she said. “If you don’t know what AER has to offer, ask questions. I personally didn’t know AER had a scholarship to offer, and it is here for us.”

AER has a need-based spouse Education Assistance Program and a need-based scholarship to assist children of Soldiers, both to help family members obtain their first undergraduate degree. The deadline to apply for either scholarship is May 1.

To learn more about AER, talk to a unit representative about the program. Army Community Service also has resources available, and you can contact them here or here. Those interested in applying for assistance or donating can also visit AER’s website at www.aerhq.org.