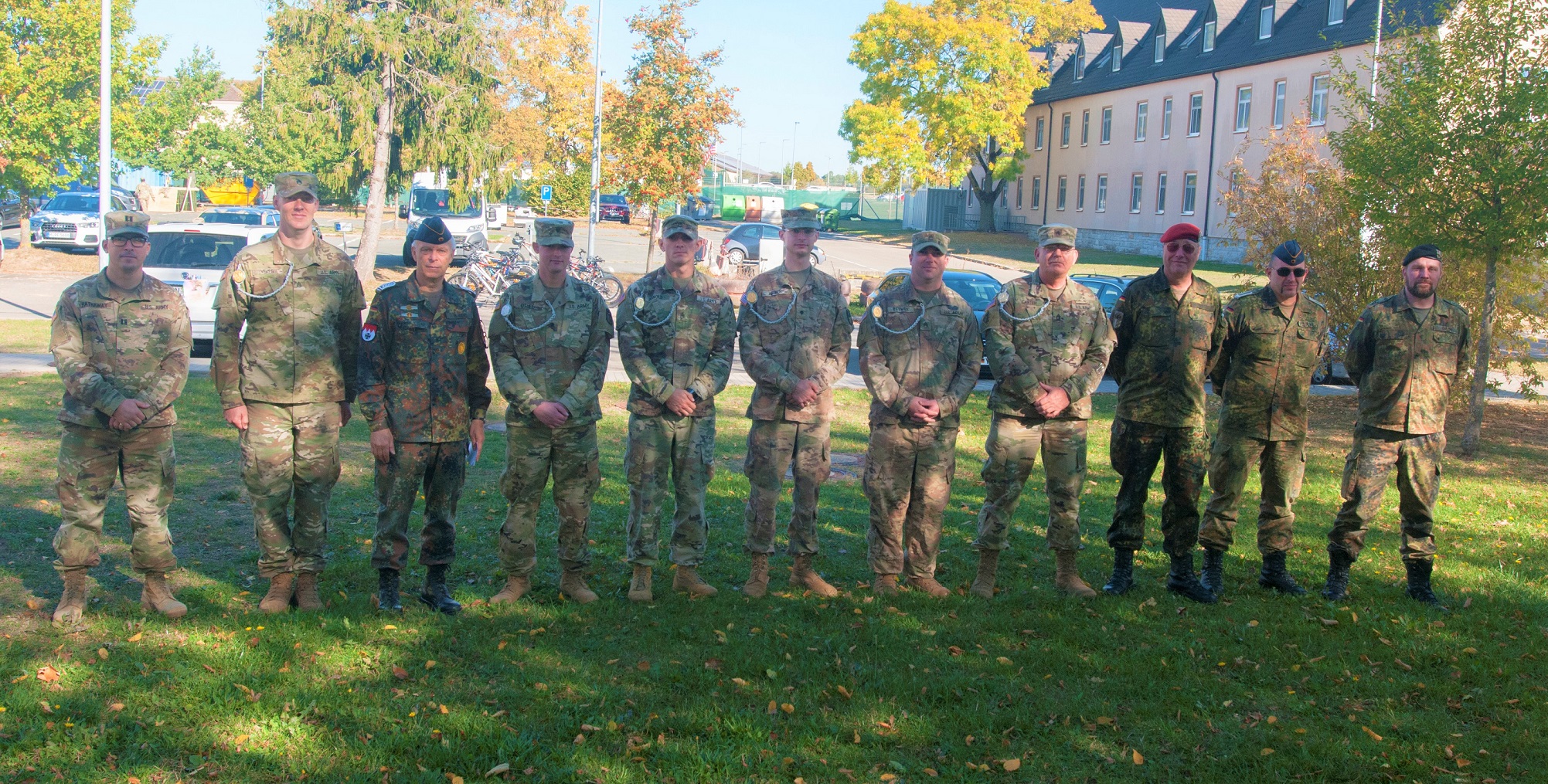 Soldiers from the 678th ADA BDE, South Carolina National Guard, participated in the Schuetzenschnur, earning badges for excellence, while building alliances with their German counterparts, September 22 and 29, 2018, Lager Lechfeld, Germany.

The history of the badge dates back to the Eighty Years’ War between Spain and the Netherlands, where Spanish musketeers began carrying ropes to hang their captured foe, often over their shoulders. Prussia began the first awarding of a cord which was a decoration in the early 18th century. As the Prussian Army was reorganized, the Schützenschnur became an official military award for proficiency in marksmanship.

“Being of the older generation and having been around during the cold war, I stood at that wall while in the Marine Corps,” stated Sgt. 1st class Paul Carter.  “To be able to come over here now, as well as with the first ADA BDE since the drawdown of the Cold War, to be able to participate and to build relationships with the German soldiers, it means a lot.”

There are several levels to this award, and in 1957 the Bundesgrenzschutz (Federal Border Guard) introduced the modern Schützenschnur.

“It is truly an honor to be able to participate for such a sought-after badge, especially while deployed in Germany” said Staff Sgt. Matthew Vereb. “It was only historically recent we were on opposite sides of the battle field, but now we are continually building relationships and working together in such a prestigious events as this.”

This is a highly sought-after award, and there are several requirements during the event.  The participants must successfully shoot from all three classes of weapons: Pistol, rifle and heavy weapon.

“Firing the G36 Rifle was an especially unique experience as the rifle had a 3x zoom scope and a red dot optic stacked one over the other. Their service pistol, the HK P8, was a wonderful sidearm to use, and in my opinion was a very ergonomic and intuitive weapon to utilize,” stated Arthur. “Adjusting to the different weapons while also shooting for a score was an interesting challenge to be sure, however, as long as you listened to exactly what the Germans told you, there would be no issues qualifying.”

The Army and Air Forces version of the award is a silver colored rope with a round metal badge. The center of the award displays the German eagle surrounded by a wreath of oak leaves.

Each participant is graded on their proficiency and awarded (if proficient) one of three classes, gold, silver or bronze.

Authorization of wear on the uniform for U.S. Soldiers is only for enlisted personnel; though officers may earn the award, they are not authorized to wear the Schützenschnur on their uniform.

“We had a really great time with the Soldiers and felt welcomed, and the camaraderie from the time we stepped out onto the training area until the time we left,” concluded Carter.  “It was great to come back and share this with Germany and the Republic it is now.”