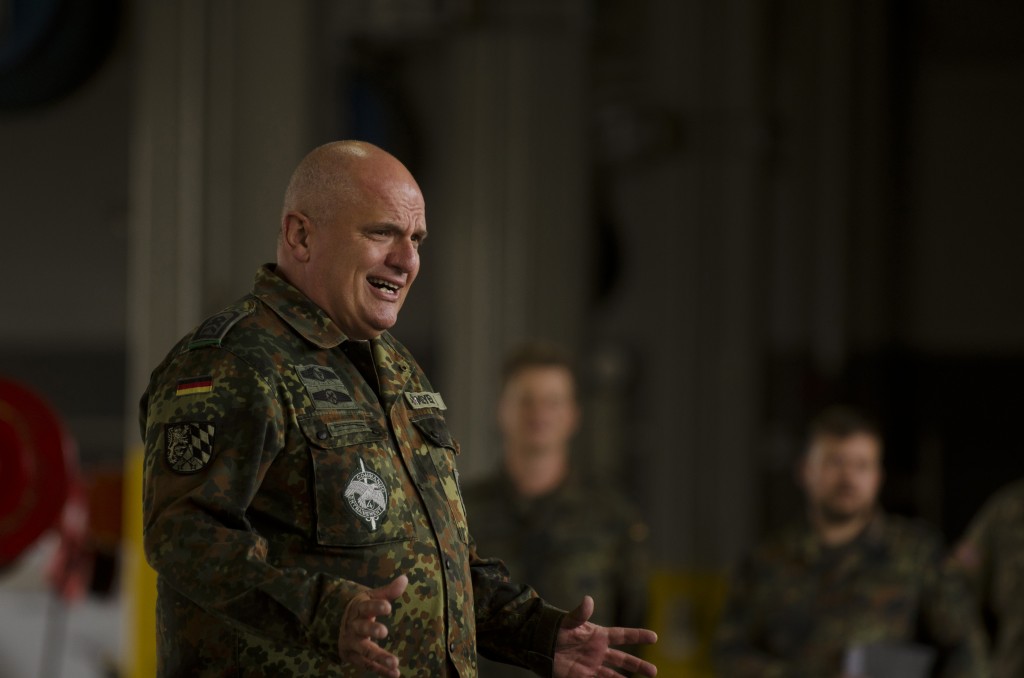 Lt Col. Frank Hummel, the commander of the Bundeswehr-Reservisten unit that facilitated the events, spoke of the long standing tradition of exchange between German and American Soldiers. He also said that joint training and exercises are an excellent opportunity to foster friendship among allied nations and build camaraderie within the profession of arms.

Sgt. Maj. Klaus Meyer, of the Bundeswehr-Reservisten unit, facilitated the event and oversaw all of the individual tests.

Competing to earn the German Armed Forces Proficiency Badge is an excellent opportunity for Soldiers to gain a cultural understanding and appreciation for what German Soldiers do to remain qualified every year.

The 412th Soldiers were awarded 58 gold badges, 31 silver badges and eight bronze badges. The badge is authorized to wear in the Army Service Uniform on the right chest side. 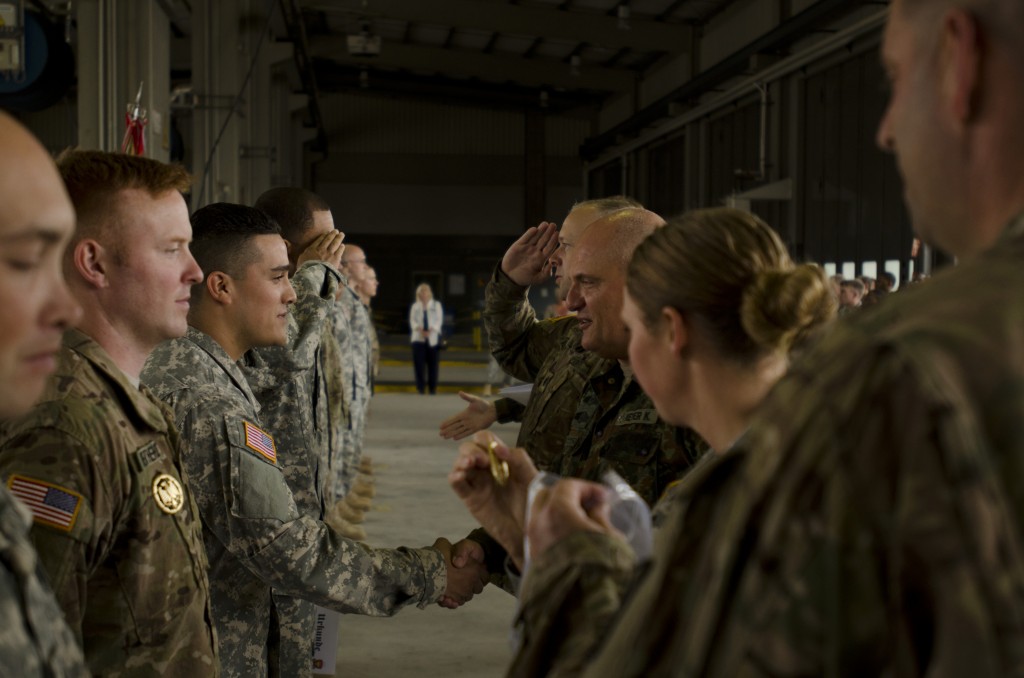 “The opportunity to earn the German Armed Forces Proficiency badge is unique and I feel very privileged that I was able to take part in an event like that during my time here in Germany,” said SGT J Anthony Drake, an aircraft powertrain repairer with the 12th Combat Aviation Brigade.

These events have an array of physical and mental challenges to evaluate the Soldiers. It is designed to test overall military performance, physical ability and the professional character of the Soldier.

The Soldiers are required to conduct the standard German Armed Forces Physical Fitness Test. The test is comprised of a 110-meter shuttle run in the maximum time of sixty seconds, flexed arm hang-keeping the chin above the bar for a minimum of five seconds and a 1,000 meter sprint with maximum time of six minutes and thirty seconds.

Soldiers are also required to participate in a 12 kilometer ruck march while carrying a thirty-three pound rucksack within two hours and a pistol qualification course with the German P8 pistol. Additionally the participants conduct First Aid and CBRN (chemical) training.

To read the story as it appears on the Army News Service, visit www.army.mil/article/152244.