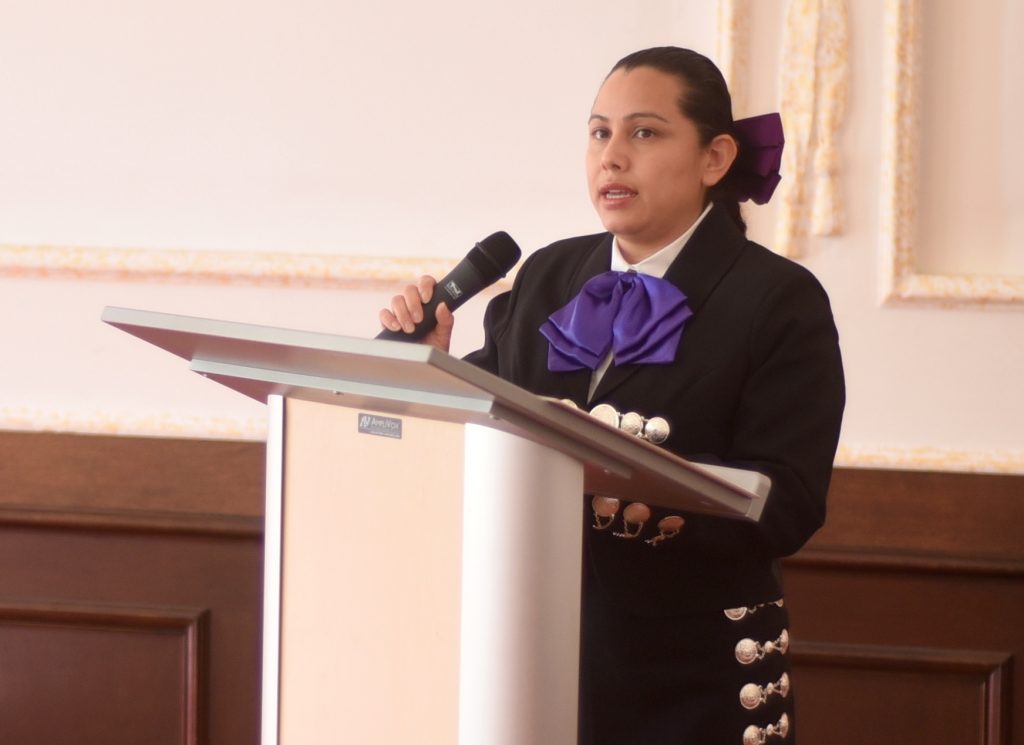 Ansbach’s observance is part of the Army’s effort to recognize the many contributions from Soldiers who have heritage from places like Spain, Central and South America, Mexico and the Caribbean. The theme for this year’s observance, which officially started Sept. 15 and runs through Oct. 15, is “Embracing, enriching and enabling America.”

As the Army’s special “Hispanics in the Army” website states front and center, “Hispanic Americans have not hesitated to defend and show their allegiance to this nation in many ways, but especially through military service. The Army and U.S. draw strength from the diversity that makes up America’s melting pot.”

During Ansbach’s event, volunteers from throughout the community showcased their rich and diverse heritage with traditional singing and dancing performances. The event was also strategically planned for the noon hour so attendees could sample cuisine from a variety of Hispanic locales.

Sgt. 1st Class Maria A. Castillo delivered the keynote address in addition to later singing. During her remarks, Castillo talked about her family’s decision to emigrate from Mexico – from the state of Aguascalientes and its capital, Aguascalientes.

“How many of you would relocate to a new country, with a different culture, and a different language, just so that you can give your kids a better life than what you had?” she asked attendees. “My parents made that choice in 1979.”

Castillo, with emotion in her voice, talked of the pride she has in the work ethic of her mother and father, and how they took advantage of the opportunities to make the best life possible for her family.

She talked about her father at length: “He had to work at his dad’s construction company since he was 12 years old. By the age of 15, he had his own team of workers, and he was their foreman. He has been working nonstop ever since.”

Castillo also talked about her mother, who, throughout her life, has been similarly hardworking: “My mom has been sewing for the public since she was 12 years old – she had to. My grandmother was recovering from a miscarriage and she still had to finish and turn in some sewing work so she could get paid. If she didn’t work, she didn’t get paid and there were 11 kids to feed.”

Like Castillo’s father, her mother soon made the most of her talents.

“When my mom was old enough, she went to work so she could pay for formal sewing classes,” said Castillo. “She is able to take your measurements, make her own patterns, and sew your dress to fit you perfectly. She has done wedding dresses, prom dresses and pageant dresses – to name a few. Ladies have traveled far for her skills.

“It has always been said, that the United States is the land of opportunity,” Castillo added. “It is. You have my parents as examples of opportunities taken.”

Castillo said she has applied what she’s learned from her parents to her own life and to her service in the Army.

“Just like my younger brothers, my parents and I – we have all embraced America,” she said. “We all have a past that began elsewhere. We all bring our different spices and flavors, our different music, and our different culture, and enrich America. This is what makes America diverse. We all have our special gifts and skills, and therefore, are able to enable America and make it strong.”

To learn more about the contributions of Hispanics in the Army, visit www.army.mil/hispanics.

To read this story as it appears on the Army’s official website, visit https://www.army.mil/article/175703.