Hodges spoke highly of the 12th CAB and the work of Army Aviation in Europe.

“It is essential that we have Army Aviation that makes our 30,000 Soldiers that are forward stationed in Europe look and feel like 300,000,” said Hodges.

The 12th CAB is currently restructuring as part of the Army Aviation Restructuring Initiative, which is designed to reorganize and reposition aviation assets across the Army. This initiative implements many cost-saving measures and allows the Army to maintain readiness and modernization across the force.

“It is amazing to me how well the 12th Combat Aviation Brigade has carried out this particular transition while still having to meet crushing timelines and completing missions at an operational tempo that sometimes exceeds what goes on in a combat theater,” added Hodges.

“To all the officers, noncommissioned officers, warrant officers and all the ‘Griffin’ Soldiers, you have worked diligently to strengthen the world’s greatest alliance,” said Torza. “I could not be more proud and thankful that I was able to be part of this journey with each of you.”

The U.S. Army’s forward presence enables enduring working relationships with the majority of our most capable and trusted allies and their local populations. The NATO alliance is the bedrock of their transatlantic security.

“My family and I look forward to our time in Middle Franconia,” Waters said. “For the future, I wish us and the brigade a continued partnership.”

Since its organization in 1965, the 12th CAB has served as a key member of the combined arms team, dedicated to the preservation of peace. The brigade’s motto, “Wings of Victory,” continues to exemplify the standard by which the brigade conducts its missions in support of the United States of America and its NATO allies. 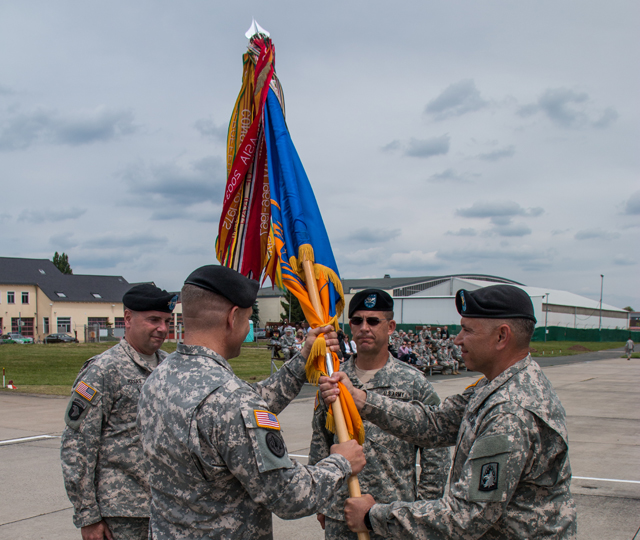 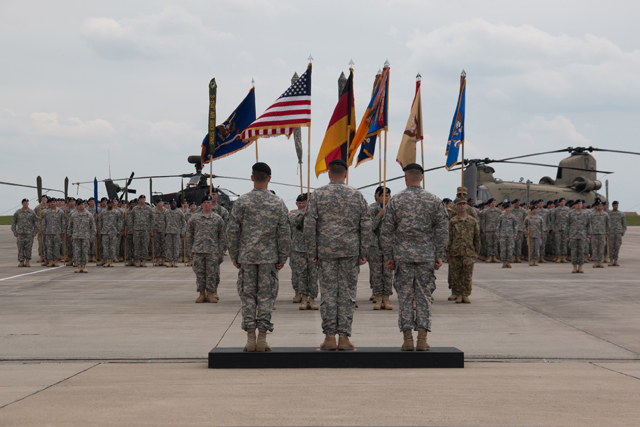