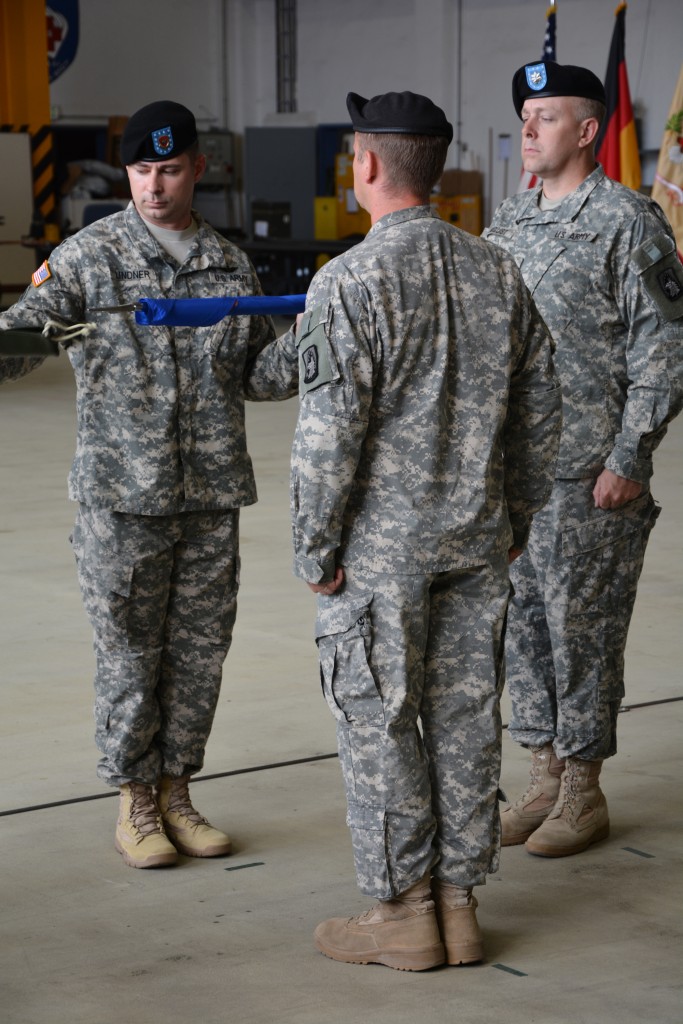 The Army Aviation Restructuring Initiative, or ARI, repositioned and reorganized many of the aviation assets within the 12th CAB.

The Badger Detachment was created primarily from the Soldiers of B Company, 412th ASB, and will support the AH-64D Apache helicopters from 2nd Bn., 159th Avn. Regt., and the remaining units at Katterbach Airfield.

“Today, it is clear to each and every one of us why 5th Detachment is here,” said Almquist. “Simply, they are the best aviation maintainers in this Brigade.”

“What we are going to provide is more combat-ready airframes, which translates to more combat power for the battalion commander, for the theater.”

First Sgt. Jeremy R. Lindner, previously a first sergeant in 5th Bn., 158th Avn. Regt, which inactivated earlier this year, will be in charge of the enlisted Soldiers in the 5th Detachment.

“We have maintainers with a lot of experience that can really provide a lot for 2-159th and the other enduring units,” said Lindner.

To read the story as it appears through the Army News Service, visit www.army.mil/article/152517.